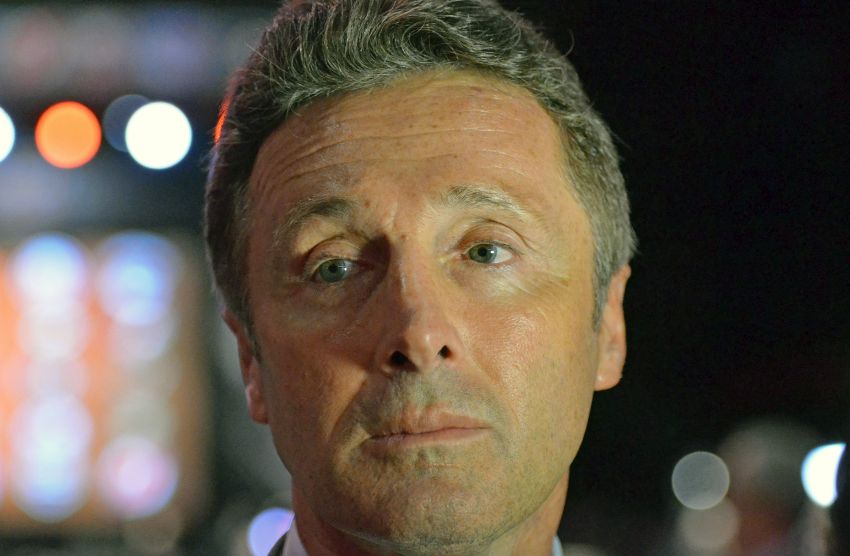 Drew Remenda laughs about the experience now. The loquacious television analyst illustrates the haplessness of the 1992-93 San Jose Sharks, co-owners of the longest losing streak in NHL history, with long, colorful stories. He even sounds nostalgic recalling the epic 17-game skid.

But 22 years ago, Remenda, then a 30-year-old assistant coach in charge of video for the second-year franchise, was suffering through a hellish season in which the Sharks became so bad they tied the dubious record set by the 1974-75 Washington Capitals, a team widely regarded as the worst ever.

“It was mind-numbing at times,” Remenda said by phone Saturday.

You think the Buffalo Sabres, who lost 14 straight games in regulation before Tuesday’s 3-2 win against the Montreal Canadiens, are bad? The 1992-93 Sharks went 11-71-2, getting outscored 414 to 218! They won opening night then lost the next nine contests. They went 1-32-1 during one horrific stretch.

In addition to the record-setting slide, the Sharks – a mix of castoffs, youngsters and veterans nearing the end – had losing streaks of 12 and 13 games.

“We knew we were the misfit toys and the rejects of all the other teams put together,” Perry Berezan, a center who played his final 28 NHL games on that Sharks team, said by phone Monday.

The Sharks had that feeling before the game even started.

“You just knew you weren’t going to win the game, and that’s a terrible, terrible thing to say when you’re talking about professional athletes,” said Remenda, now an Edmonton Oilers analyst for Sportsnet.

After tying the Vancouver Canucks 2-2, a 4-1 loss to the Montreal Canadiens on Jan. 4, 1993 in Sacramento – the NHL used to play regular-season neutral-site games – began the 17-game streak. The Sharks lost to the Canadiens, the eventual Stanley Cup Champions, 2-1 the next night in San Jose.

That would be the only time they held an opponent to two goals during the streak.

“I hated that losing streak,” Berezan said. “It was torturous to get your (butt) kicked every game. However, the bar wasn’t that high that year. We were just kind of a laughingstock joke, and you can only handle that internally so long.”

At home, Remenda said, the Sharks had a mulligan. In their first season, the Pittsburgh Penguins annihilated them 8-0, yet the home fans in the Cow Palace gave them a standing ovation. A year later, the novelty of having hockey in the Bay Area hadn’t worn off.

“No, it hadn’t,” Remenda said. “That was the amazing thing.”

The Sharks’ closest call was their fifth loss, a 3-2 setback in Ottawa to the Senators, an expansion team as bad as them. The Senators won only 10 games all season and had as many points, 24, as the Sharks.

Naturally, the losses wore on Remenda. He remembers getting home late from games and waking up his baby daughter, Jordyn, so he could rock her back to sleep and forget about what had just happened.

“As a coach, you’re trying everything, you’re thinking of everything,” Remenda said. “You never sleep because you’re laying there thinking, ‘OK, what do we do tomorrow? How do we keep these guys upbeat?’ …

“And then the guys, you look at them and you can see that they’re just walking in going, ‘Boy oh boy, here we go again.’”

Of course, everyone thought the Sharks’ coaching staff was doing a horrible job, Remenda said.

“I guess in the long run you probably are,” he said. “But … we haven’t coached that much since. When you’re losing like that, you’re trying to figure out anything you can do to get them out of it. We’re doing more video. We’re doing this. We’re trying that. … You continue to just go at it, go at it and go at it to the point where nothing worked. Nothing absolutely worked.”

Remenda understands what Sabres coach Ted Nolan and his staff – goalie coach Arturs Irbe played 36 games for the 1992-93 Sharks – are experiencing. The coaches can never, he said, reach a point where the players see they have resigned themselves to losing.

“They’ll pick up on it,” he said. “If you go into the dressing room and mention (phenom) Connor McDavid to anybody, how are they going to handle you? … They get ticked off at you. The one thing we consciously tried to do was to try to keep that it’s got to be fun to come to the rink. It’s got to be still a game to you. But no matter who you are, as good as a pro as you can be, this just kicks your (butt). It really does.”

Remenda added: “I honestly wouldn’t change it for anything because of the guys. I got to see some guys in that role. … As tough as it was, they were warriors for us.”

Remenda watched the Oilers up close this season during their 11-game losing streak. When it hit eight or nine games, he said, the players “were starting to talk.”

“I looked at them and went, ‘Oh, you guys are wimps. Try 17 on for size and see how you like that one,’” Remenda said. “But you could feel when you walked into the Oilers dressing room this year during that time, it was heavy. It was just bad to be around. You could see it in the guys. You could see it in the way they were carrying themselves. Just a cloud hung over them.”

“Nobody was questioning us,” Berezan said. “There really weren’t those same pressures that the Sabres are under right now. Yeah, that team’s carrying a lot of pressure, a lot of stress.”

Berezan watched the Sabres go up 1-0 last Tuesday in Calgary before falling apart late and losing 4-1 to the Flames.

“It doesn’t take much to kick a beaten dog,” Berezan said.

The Sharks looked beaten down by the end of their marathon losing streak. The 16th consecutive loss was a 13-1 demolishing Feb. 10, 1993 in Calgary. The Sharks actually had a 1-0 lead, too. Theoren Fleury was an NHL-record plus-9 in the game. Jeff Reese had three assists. Big deal? He was the goalie.

The Sharks tied the Capitals’ all-time mark two nights later in Edmonton, falling 6-0. Still, the reeling team made some progress.

“We think we’re pretty much coaches of the year there because we just cut our goals against in half,” Remenda joked.

When the Sharks hit Winnipeg on Valentine’s Day, Remenda wanted to loosen the guys up. Since he was handy with a VCR, he taped the baseball comedy “Major League” off of the hotel television. He edited the movie about the worst-to-first team down to 40 minutes and had Kingston’s permission to play it during the normal video session.

“Just something to get them away from thinking about 17 losses,” Remenda said.

Remenda didn’t say he had a surprise. He shot back at Evason and Kisio when they questioned the long session.

Players ate the video up, laughing and having a great time.

“The underlying message was you can overcome your odds,” Remenda said. “You can be better than what people think you are. It was trying to relieve the stress and having some fun.”

Hours later, the Sharks beat the Jets 3-2, ending the losing streak at 17 games and 41 days.

Following the much-needed win, the players took one of the metal garbage cans in the dressing room inside Winnipeg Arena and passed it around to each other.