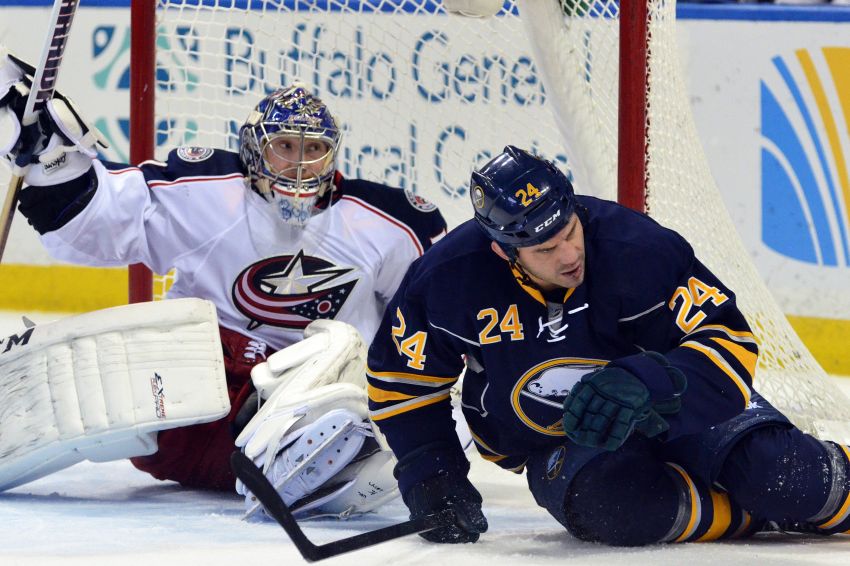 “I made a conscious effort,” Konopka said Monday after the Sabres prepared for tonight’s contest against the Florida Panthers inside the First Niagara Center.

Three strikes and you’re likely out of the lineup. Konopka skated as a spare forward Monday and almost certainly will be scratched tonight. Nolan benched him Saturday following the penalty.

Winger Linus Omark practiced beside Cody Hodgson and Steve Ott on Monday and will likely return after two healthy scratches.

“We’ll give it another day to think about,” Nolan said about Omark.

In other lineup news, defenseman Henrik Tallinder (hand, eight games) is “pretty close” and will be a game-time decision, Nolan said.

Porter hasn’t played since Boston’s Johnny Boychuk hit him into the boards Dec. 21. At first, it seemed like he might’ve suffered a severe hip injury.

“I didn’t think it was that bad,” Porter said. “I got hit, I knew something was wrong when I tried to take my next stride.”

He added: “I don’t think it was a dirty hit, just kind of the wrong place.”