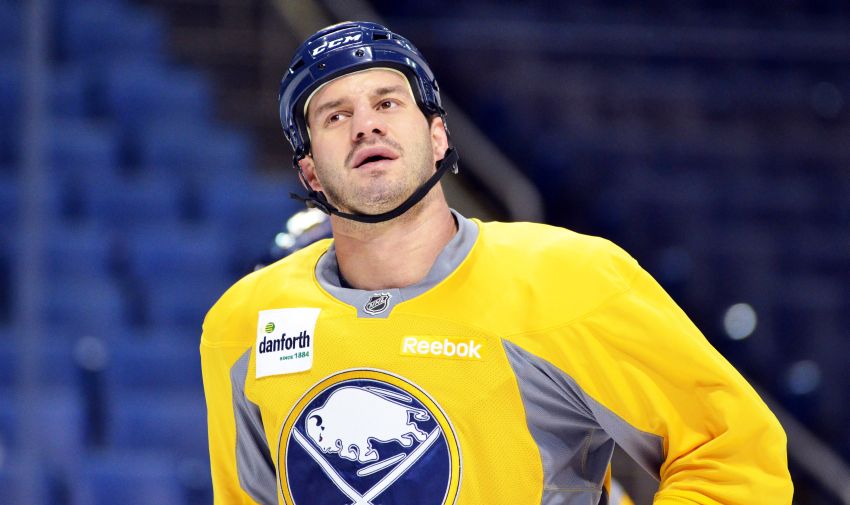 BUFFALO – Zenon Konopka has worked with Stop Concussions, former NHL star Keith Primeau’s foundation, for years. So the center wanted to get involved locally after the Sabres claimed him off waivers in January.

The native of nearby Niagara-on-the-Lake, Ont., said he’s met some unbelievable local doctors “doing some great things with concussions, especially with young kids.”

To help out with concussions and other causes, Konopka, who has a line of wines available at zkwines.com, plans to donate $10 from each bottle purchased and shipped to New York State to a Buffalo-area charity.

“I wanted to give some money back to not only where I play hockey, but where I kind of grew up,” said Konopka, whose mother is from Buffalo. “Instead of doing a buck or two like we’ve done in the past, we’re going to do 10 bucks and really try to make a difference.”

Konopka grew up picking grapes on his family’s farm and is passionate about wine.

Money will also be donated to the Women’s and Children’s Hospital and other charities.

Why has Konopka become so interested in juvenile concussions?

“For us, we sign up, we’re getting compensated for this,” he said. “You got a straight-A student that’s missing two months of school, can’t see the sunlight because of a concussion. That’s not fair.”

Konopka wants to set up a platform to get parents answers.

“The only thing that really touched me was the parents,” he said. “We don’t have all the answers. But we have a lot more answers when it comes to concussions over the last year or so.”

He added: “It gives them a little bit of reassurance that there is some answers and they’re going to get better.”

Konopka has been blown away by the doctors, facilities and research going on in Buffalo.

“I’m proud to play here, but I’m proud to be from here as well and have that right in our backyard,” he said.

With defenseman Alexander Sulzer (lower body), the Sabres have sent rookie Chad Ruhwedel back to Rochester, according to reports.

I'm super excited to give $10 per bottle back to Buffalo charities on any wine shipped to NY when using this link https://t.co/yEJBgKSLc0