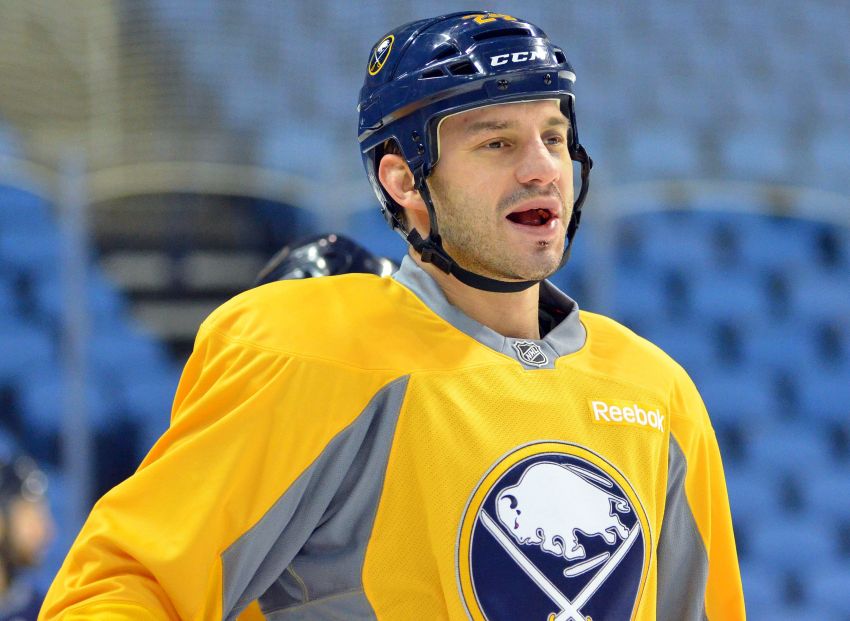 BUFFALO – OK, so why was Zenon Konopka watching brain surgery this morning? The Sabres center tweeted a photo of himself wearing scrubs and a surgical mask and wrote, “Most interesting morning in a long time … Brain Surgery #unreal #frontrowseat #wow.”

“He said he’s a hockey fan and said I could come down and watch a surgery if I wanted,” Konopka said inside the First Niagara Center. “So early this morning we want down. It was pretty intense.”

Of course, at times, Konopka had to turn away.

“There was a few moments that you got to kind of throw on a head game, no pun intended,” he said.

“It was absolutely very impressive and absolute genius how quickly he did it, his calmness, halfway through the surgery he’s asking about hockey,” Konopka said. “It’s pretty impressive seeing someone at the top of their game. We’ll see a pretty good player tomorrow in Sidney Crosby, and Dr. Levy’s at that level in his profession.”