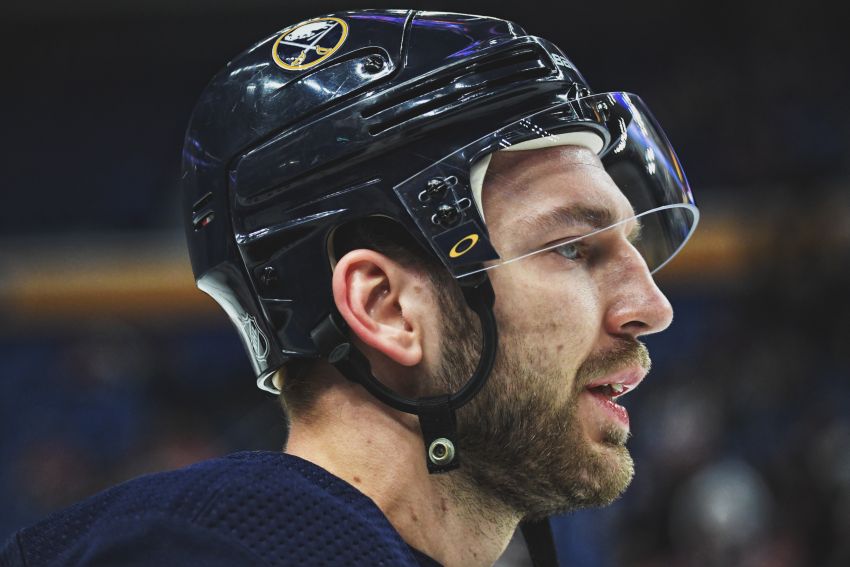 BUFFALO – Sabres winger Zemgus Girgensons occasionally flashes some of the skills that helped make him the 14th overall pick in 2012.

In Sunday’s 5-1 win against the Detroit Red Wings, Girgensons utilized his soft hands to score on a short-handed breakaway. In Saturday’s 6-3 loss to the Vancouver Canucks, he tipped linemate Kyle Okposo’s laser in, briefly tying the game.

In 46 games this season, Girgensons has compiled eight goals, his highest total since scoring a career-high 15 times in 2014-15. That season rabid fans in his native Latvia helped elect him to the NHL All-Star Game.

Five years ago, Girgensons was supposed to develop into a scorer. Twenty-goal seasons seemed likely.

But Girgensons, 26, has ended up enjoying a long career – only five 2012 first-round selections have played more than his 466 NHL games – as a checker because he plays with a tenacity few others match.

“What we like about him is he is generally always giving it all,” Sabres coach Ralph Krueger said prior to Tuesday’s 4-2 win against the Vegas Golden Knights inside KeyBank Center. “I cannot think of very many moments where he’s not trying his hardest.”

Still, Girgensons possesses the talent to move up the lineup.

So with winger Victor Olofsson (lower body) sidelined, Krueger promoted him to left wing on the top line beside center Jack Eichel and Sam Reinhart on Sunday. Krueger tried rookie Rasmus Asplund and Jimmy Vesey in that spot earlier.

“It’s a little confidence boost to be up there,” said Girgensons, who has occasionally played beside Eichel over the years. “At the same time, it’s a little pressure to do well to stick around maybe.”

He added: “My forecheck can help them create some space.”

Girgensons certainly earned a coveted spot on the No. 1 line. His seventh NHL season has become arguably his best all-around campaign.

From the get-go, Girgensons, Okposo and center Johan Larsson have formed perhaps the Sabres’ most reliable line, generating offense while remaining sturdy defensively.

Girgensons also said Krueger, his fifth coach with the Sabres, has helped him unleash more offense.

For example, entering Tuesday’s game, Girgensons had started 35.2% of his even-strength faceoffs in the offensive zone, up from 15.3% last season, according to hockey-reference.com.

“He’s a guy that brings the most out of all the guys and gives us confidence to be the best version of ourselves,” he said.

“He’s very passionate in doing what the team needs, whether it’s on a penalty-killing role or whether it’s supporting Eichel and Reinhart in a role where he needs to add grit to a pair that’s as dynamic as any in the league,” he said. “So his ability to do that (is) because of his attitude and his passion.

“He’s a fun player to coach, he’s an important character player to have on the team.”