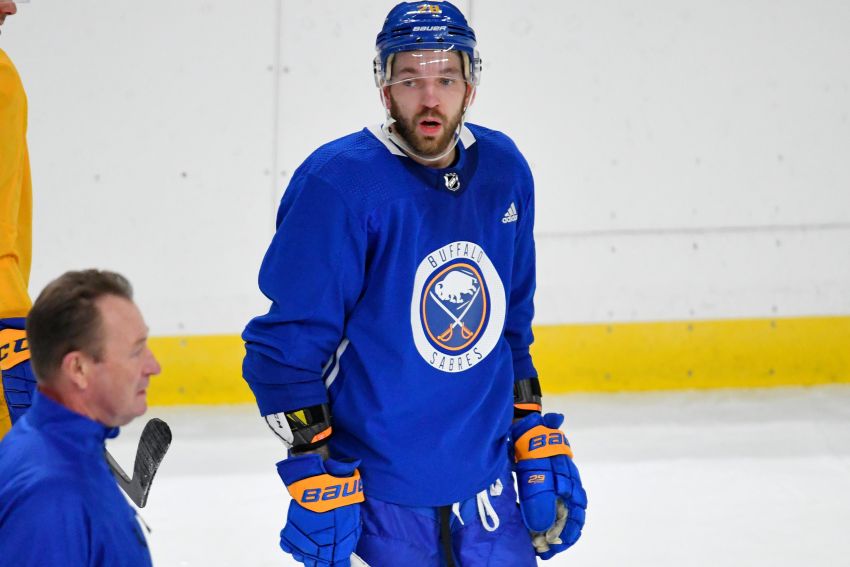 Buffalo Sabres winger Zemgus Girgensons is likely out for the season after undergoing surgery today to repair a hamstring injury he suffered in Monday’s scrimmage.

In a statement, the Sabres said Girgensons’ recovery time is approximately six months.

In the second period of the scrimmage, Girgensons eyed up Steven Fogarty as he carried the puck and tried to hit him inside the blue line.