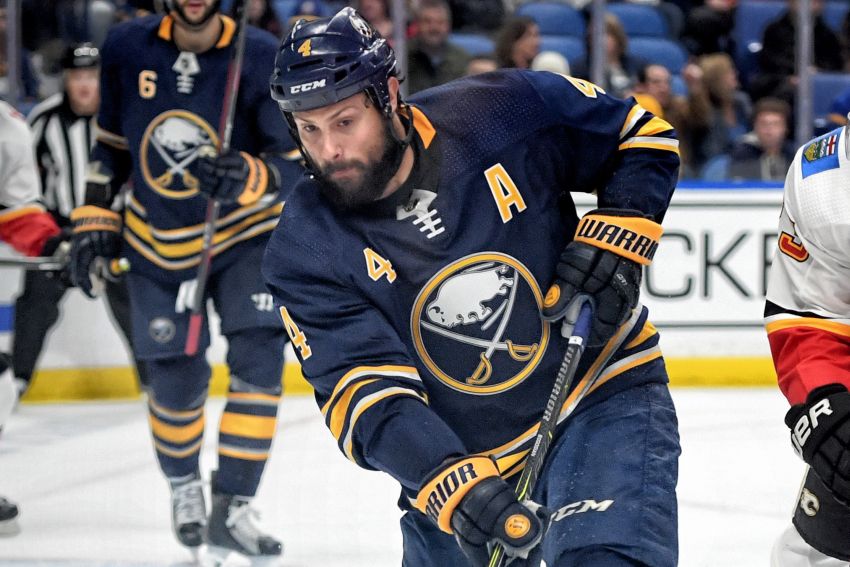 Bogosian stayed on the ice for the final 2:42 of the tilt as the Coyotes pulled goalie Darcy Kuemper and pushed to tie the game. Overall, Bogosian played 25 minutes, 10 seconds in the Sabres’ second consecutive victory.

“He looked like a man possessed out there,” Sabres coach Phil Housley inside KeyBank Center. “He was very physical. … But he rose to the occasion, provided us some intense physicality.”

The Sabres practiced inside HarborCenter before their flight to Washington, where they face the Stanley Cup champion Capitals on Saturday, the first of two meetings in a seven-day stretch.

The Sabres haven’t played against superstar Alex Ovechkin and the Capitals since they won their first Cup last season.

“It’s great, I mean, he’s got such a passion for the game,” Housley said of Ovechkin finally winning. “There’s been a lot of pressure on Washington winning all the Presidents’ Trophies and not getting to the final. They’ve had some tough competition always going through Pittsburgh.

“But the biggest thing when I look at the Washington Capitals is (former coach) Barry Trotz, the time he put in there and he was able to finally win a Stanley Cup with all the work that he’s put in and his love for the game.”

Trotz, who now coaches the New York Islanders, hired Housley as an assistant during his days leading the Nashville Predators.

In injury news, defenseman Marco Scandella practiced again today and appears to be nearing a return after missing eight games with an upper-body injury.

Housley also said winger Scott Wilson, out since breaking his ankle in training camp, is close to practicing again.