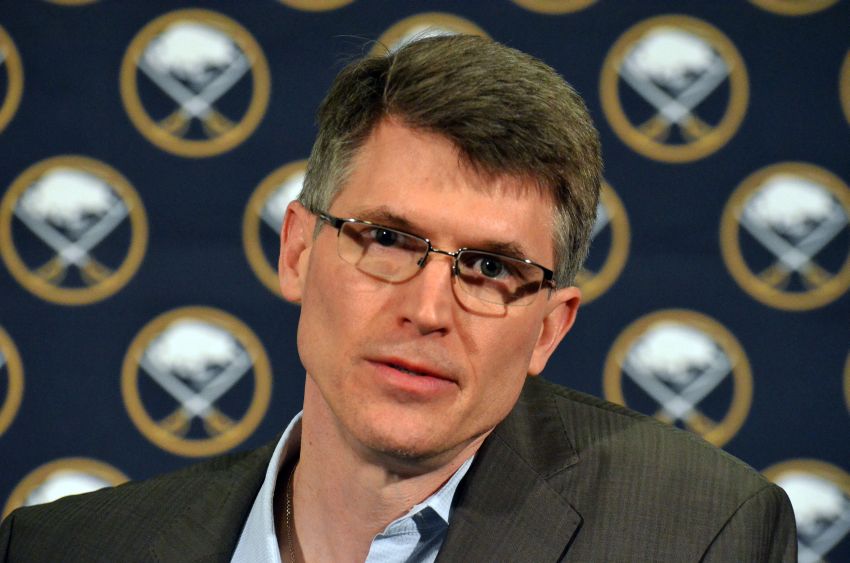 In his 35th day on the job following his 16th game, the Buffalo Sabres’ futility finally got to interim coach Ron Rolston.

After the Sabres’ uninspired 2-1 loss Tuesday in Tampa Bay to the Lightning, a game in which they sprinkled only 14 shots on journeyman goalie Mathieu Garon, Rolston sounded like the New York Rangers’ bench boss.

In his brief chat with the media, Rolston replied curtly, leaving most questions unanswered. At one point, he just about went full Tortorella, asking reporters if they had asked the players about their lack of urgency.

Offensively, there wasn’t a lot of urgency.

“There wasn’t a lot of urgency in anything tonight.”

“That’s a good question? Did you ask the players? What’d they say?”

Rolston was informed they had no answers.

Listen to the full interview here.

In other news, leading scorer Thomas Vanek (upper body) left early in the third period after possibly hurting his hip or something on his right side.

“I don’t know,” Rolston told reporters in Tampa Bay about Vanek’s status. “We’ll see how he’s doing (today) and go from there.”