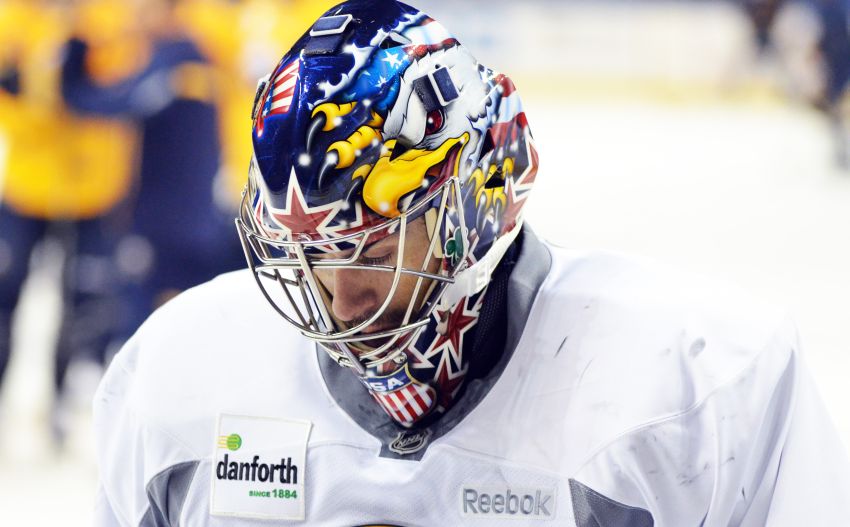 BUFFALO – In what was very likely his final Olympics, Sabres goalie Ryan Miller made just one appearance, coming within 17 seconds of blanking Slovenia in Team USA’s 5-1 win Sunday.

Would things have gone much differently for the Americans, who lost today’s bronze medal game 5-0 to Finland, if Miller had played?

Probably not. Los Angeles’ Jonathan Quick won his first three starts at the Sochi Games before Friday’s 1-0 loss to Canada.

Pittsburgh native Mike Weber, an NHL-worst minus-32, said, “As a defenseman, I feel bad he didn’t get the chance to start.”

“Where we are in the standings (30th), I don’t know if that led to their decision maybe not to start him or something,” he said Saturday inside the First Niagara Center. “Obviously, Quick’s a great goalie. But I still believe Ryan’s the best goalie in the world. You feel a little bit responsible as a teammate that he didn’t get that chance.”

They knew Miller would accept his backup role gracefully.

“He’s the ultimate professional, handles everything with class,” Weber said. “You feel for him that he didn’t get his chance to really shine again. I do believe he’s really the best goaltender in the world.”

Ott called Miller, the subject of trade rumors for months, “one of the most professional guys I know.”

“Look what he’s done this year,” he said. “He came in basically being told he’s gone throughout the summertime. He’s come in and been phenomenal. … His professionalism has been unbelievable, and I think that’s why he’s been so successful this season.”