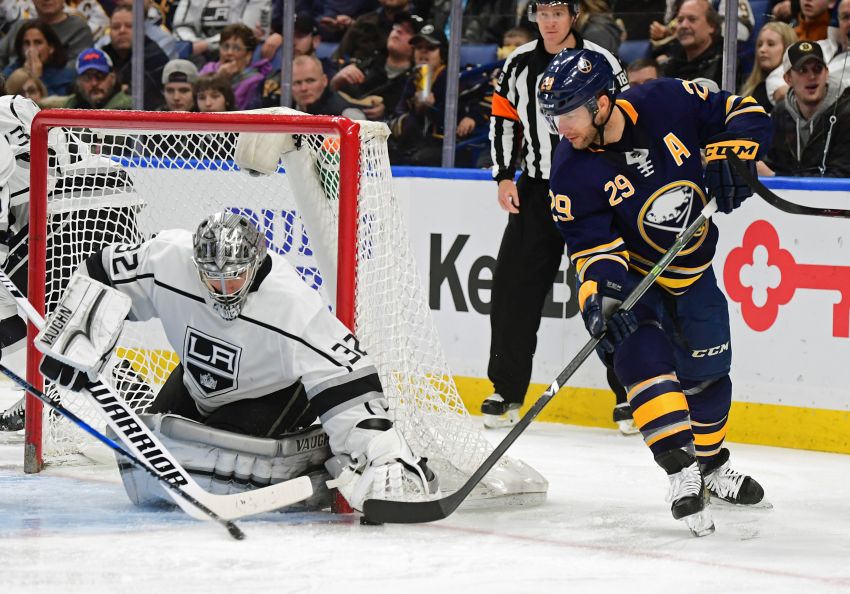 BUFFALO – The Sabres have performed terribly in afternoon games this season, going 0-5-1. In their last two, including Saturday’s ugly 4-2 loss to the Los Angeles Kings, opponents have outscored them 11-3.

The reeling Sabres, who are a point away from falling in dead last in the NHL, have another afternoon tilt Monday against the Washington Capitals, who got annihilated 7-1 on Saturday in Chicago.

“It’s an odd time, 3 o’clock,” Sabres coach Phil Housley said this morning. “But I think the message to our players today is get to ready for a team that’s going to be pushing back, so to speak. We have to be prepared for that, but we have to have our own push as well.”

The Sabres beat the Capitals 3-1 on Nov. 7 in their first visit to KeyBank Center, one of only eight home wins Buffalo has earned this season.

Fresh off Saturday afternoon’s embarrassing defeat, a game in which the Sabres looked listless throughout the opening 40 minutes, the Sabres held an optional practice this morning.

“Passion and emotion is a great tool,” Housley said. “I think we have to have more emotion. I think we need to play with more passion. I thought we had a really good game against Washington last time we played them here.

“We’re going to try to use some of those examples, why we played the way we did, and we have to prepare that way. I just think we have to control what we can control.”

Update: The Sabres recalled goalie Linus Ullmark from the Rochester Americans on Monday morning because Robin Lehner is day-to-day with a lower-body injury, according to the team’s injury report.