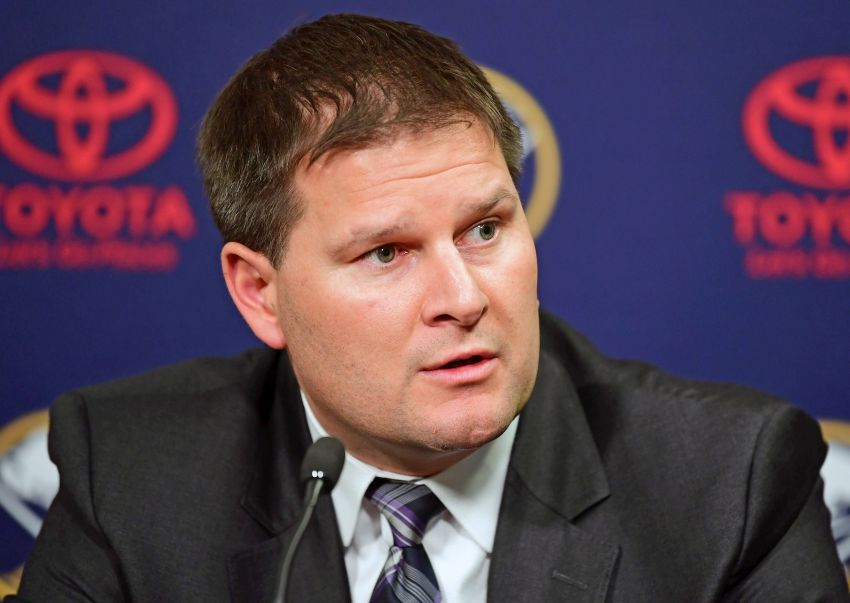 Jason Botterill will look at options for his first-round picks. ©2019, Hickling Images

VANCOUVER – Jason Botterill, of course, will see if the Buffalo Sabres can move up from the seventh spot in the first round of tonight’s NHL Draft.

“You always put inquiries into possibly moving up and what’s there,” the general manager said this morning inside Trump International Hotel.

Still, the Sabres will likely keep their first pick. The deep first round makes Botterill “very, very comfortable” they can grab a good prospect early.

“When we go up on the stage, we’ll definitely have smiles on our faces,” he said.

But what about the 31st selection? The Sabres own a second first-round selection thanks to the Ryan O’Reilly trade with the St. Louis Blues.

Could the Sabres, who don’t have a second-round pick, part with it?

“That’s where you’re just at the table, you’re watching how the draft’s progressing, is there an opportunity to move up with one of your later-round picks or a player?” Botterill said.

If the Sabres keep the pick, Botterill said he wants to take the best player available.

“We certainly feel we’ll get a very strong player at that one,” he said.

The rest of the schedule will be released Tuesday.

– Botterill said all of the Sabres’ restricted free agents who are NHL regulars received a qualifying offer.