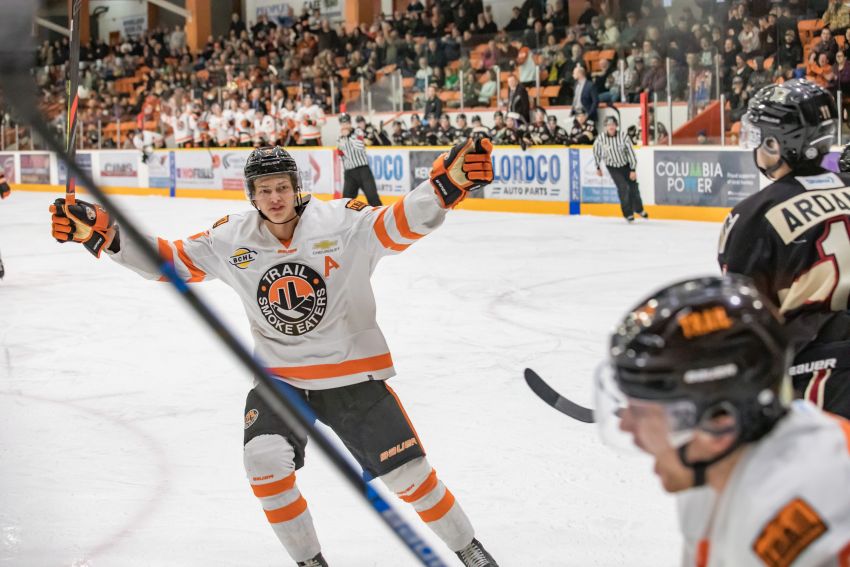 The Buffalo Sabres, by virtue of their embarrassing last-place finish this season, have the highest odds to secure the top pick in tonight’s NHL Draft Lottery, just 16.6%.

The league has changed this year’s lottery to two draws, meaning the Sabres can fall no lower than the third pick. Of course, given the large swath of talent available early in this year’s draft, where the Sabres pick might not matter much.

There’s no consensus first overall selection. And a prospect a team might have ranked first or second, could be rated fourth or fifth by another club.

So if the Sabres want to grab a defenseman with their first selection, Owen Power, who’s ranked first among North American skaters in NHL Central Scouting’s final ranking of 2021 draft prospects, or Luke Hughes (fourth) might be available.

If they desire a center – remember, that could be a glaring need if they trade Jack Eichel – at least one of the top-rated pivots will be around. Central Scouting ranked Mason McTavish, Kent Johnson, Matthew Beniers two, three and six, respectively.

“You’re walking up to the buffet line,” Dan Marr, the director of Central Scouting, told the Times Herald. “You can take what you want.”

The Anaheim Ducks have the second-highest odds for the top pick (12.1%) followed by the expansion Seattle Kraken (10.3%). The first round of the draft will be held virtually July 24.

More information on some prospects who could be available to the Sabres early is listed below.

“His game instinct, his intuition, his anticipation are really strong, and he has the size and the skating to handle traffic and handle one-on-one and handle battles,” Marr said. “He’s got the smarts and skills to get the puck through traffic and make plays with the puck while he’s being checked and when he’s on the fly. He’s a pretty complete package. I dare say you could convert him to a forward and he’d be every bit as good.

“It’s just the presence that he had, and what he brought with him was a composure and a calmness to his game. He never really got flustered. You’re a freshman playing in the NCAA, that’s not an easy feat.”

The 6-foot-1, 207-pound McTavish scored nine goals and 11 points in 13 outings with Olten EHC, a Swiss pro team he joined because the COVID-19 pandemic forced the OHL to cancel its season.

“The reason he ended up at No. 2 on our list is because he’s that power center that at the trade deadline, free (agency), every team’s looking to find that guy, sign that player,” Marr said. “And then this is one you can take right now. Physically, he’s mature. He was an impact player not only on Peterborough, but in the OHL the season before. And this year, he went over and played in a pro league and he arguably got better every game there. Every time he was on the ice … he made something happen. So this is someone that’s not going to be too far away from getting to the NHL, because he has the physical package. …

“He’s a front-door player, he’s hard on pucks, hard to the net, hard to move, good skills, he can make the plays, unselfish player. He’s every bit as good a playmaker as he is a scorer.”

“Kent Johnson is probably one of the most exciting skill players in this draft class,” Marr said. “ … We have a highlight reel of the 19-20 season just of the goals that he scored (with the junior Trail Smoke Eaters). He can score every which way: backhand, forehand, slap shot, wrist shot. His accuracy, his precision with his shooting is unbelievable.

“But he’s got the hockey sense, the offensive instincts to get into those scoring positions, scoring lanes where he gets the puck and he can finish. So he’s a really natural scorer, but he’s a really, really smart offensive player. Like, he can thread the needle passing the puck.”

“Luke is a really dynamic player,” Marr said. “He’s an exceptional, exceptional skater. He has that speed that can make a difference, so he can lead a rush. He can be the first one on pucks … and also be the first guy back defensively. …

“His head’s on a swivel. When he has the puck, he sees the ice, he distributes the puck and advances it really well. At the offensive blue line, he can quarterback the power play.”

“He’s the sandpaper that you look to have in your lineup in the playoffs,” Marr said. “ … He won’t be denied on the play, he just goes hard. He’s got that dogged determination to get things done and make things happen. He won’t back down. He’s not the biggest guy. He plays much bigger than his size. He’s quite physical for his size. … He could go No. 2 and it wouldn’t surprise anybody.”