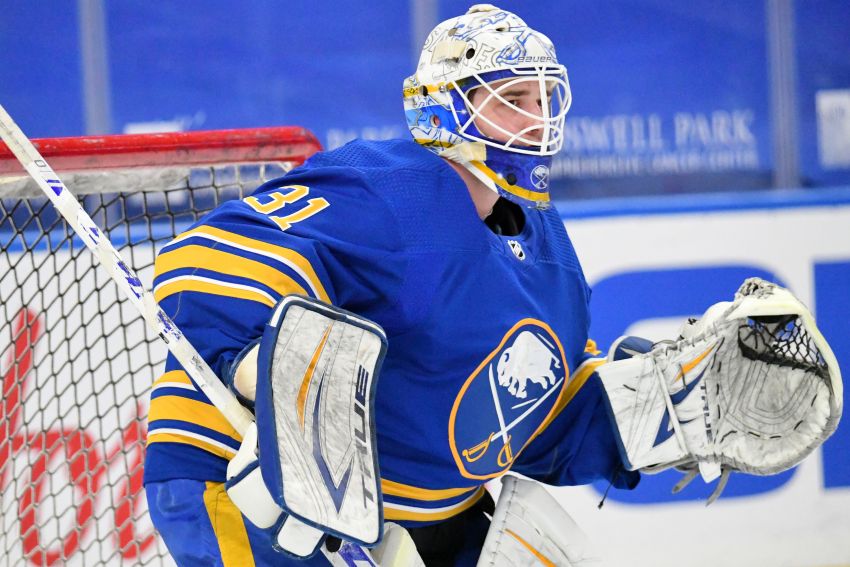 So Luukkonen, 22, will watch tonight’s game at Madison Square Garden as a backup. Veteran Dustin Tokarski will start his 10th game this season.

Luukkonen looked sharp in his NHL debut Friday, stopping 36 shots in a 6-4 win over the Boston Bruins. The Finn watched two games earlier in the week against the Bruins to help him acclimate to the NHL.

The Sabres also play the Rangers on Tuesday.

Granato said the Sabres will make one lineup change on defense, putting Colin Miller in for Will Borgen.

Borgen, 24, played Thursday and Friday after a broken right forearm sidelined him 32 games.

“Borgen had a couple games,” Granato said. “It’s a good time for him. … My concern going in with him was he hadn’t had practices and there’s so many different components to the system. He’ll come out and give him a game to breath, and I expect him right back in there. I think it’s just part of the process, really.”