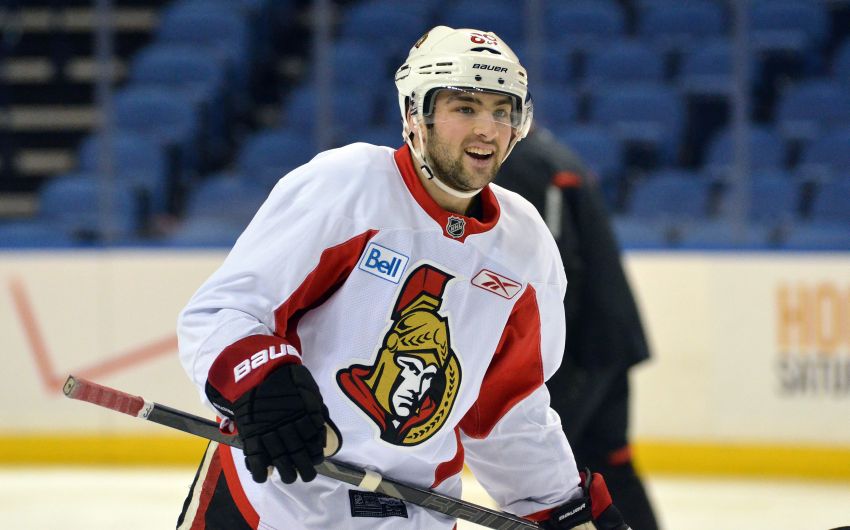 BUFFALO – Cory Conacher woke up early Wednesday morning knowing he’d have a new team by noon. The ensuing hours weren’t easy. The 24-year-old winger said he experienced a mix of excitement and sickness passing through waivers.

“I’m very excited,” Conacher told the Times Herald by phone Wednesday afternoon. “It was a long 24 hours, but luckily it worked out in my best interest.”

Conacher said the Sabres were “near the top of the list” of teams he wanted to join. He expects to meet them Friday in Florida because of immigration work.

“He was a free player,” he said. “He didn’t cost us anything. He cares. He’s a good person. He’s a competitive guy. He can skate. There’s lots of things I like about him on the ice. He’s what I like to call a good complimentary player. If we had better players here to surround him, he’d be a better complimentary player.”

Murray believes Conacher can help him establish “a certain culture.”

“That’s you earn what you get, and his work ethic is terrific and he’s character,” he said. “So I want competition. I want one of our draft picks to say today that they’re (ticked) off we went and got Cory Conacher. That’s how you create competition.”

The undrafted Conacher grew up in nearby Burlington, about an hour across the Ontario border. His brother, Shane, is a freshman at Canisius.

Conacher just endured a wild 24 hours. Incredibly, the Senators played him in Tuesday’s 3-2 loss in Edmonton after waiving him.

“That’s one of the tougher games that I played just because of all the emotions going through my body the whole day because I was told I was out on waivers at (10 a.m.),” he said. “It was just a tough day for me.”

He added: “At the same time, it was just nice to just have that last game with the guys.”

Conacher said his agent, Tim Reynolds, “was working the phones pretty hard all day” Tuesday and told his client the Sabres were interested.

The Sabres’ rebuild excites Conacher. He enjoyed watching Tyler Ennis during his Canisius career and hopes he can play beside the diminutive center.

“Going into an organization that’s in a rebuilding stage is pretty special for me because I’m a young player and I want to be part of that for a long time, and I know that with the Buffalo Sabres it won’t take long to rebuild,” Conacher said.

Conacher, a restricted free agent following the season, had six goals and 25 points in 72 games after the Senators acquired him last season from Tampa Bay for Ben Bishop. He has four goals and 20 points in 60 games this season.

He burst into the NHL last season, scoring nine goals and 24 points in 35 games before the Lightning dealt him.

What happened this season?

“I’m not sure,” Conacher said. “It’s tough to say. There was times I felt like I was a big part of the team. There was other times … you didn’t feel like you were put in the right position to play well.”

Still, Conacher said he loved Ottawa and it was tough to leave.

“At the same time, I think it’s for the best,” he said. “I don’t think I was fitting to the way they wanted me to fit in.”