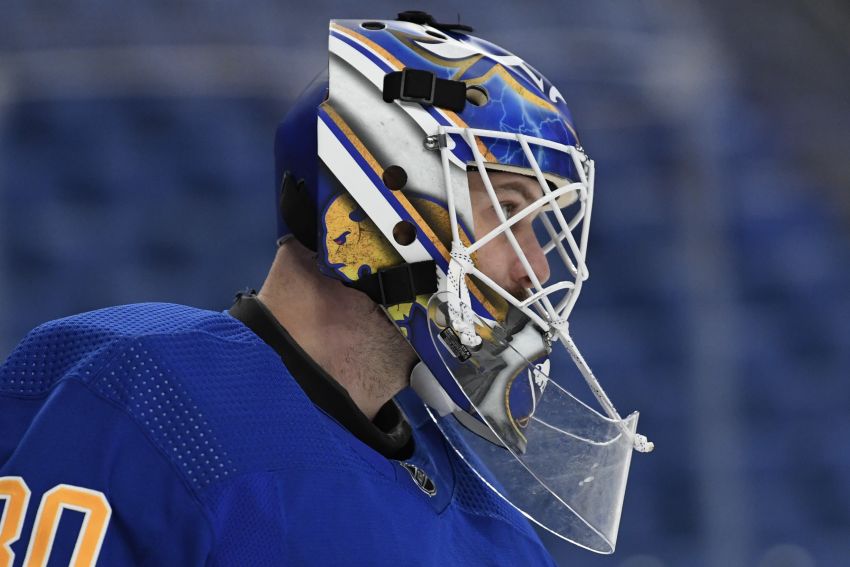 The Buffalo Sabres this afternoon waived struggling goalie Aaron Dell, meaning they could begin the season with veterans Craig Anderson and Dustin Tokarski in net.

In Tuesday’s 5-4 road loss to the Pittsburgh Penguins, Dell relieved Tokarski, allowing three goals in 35 minutes of game action and four goals in a nine-round shootout.

Tokarski, 32, has enjoyed a terrific training camp, registering a 1-0-0 mark with a 1.46 goals-against average and a .951 save percentage in 82 minutes over two games.

After a strong debut last week, he appeared poised to win the backup job behind Anderson.

Tokarski played 13 games for the Sabres last season, his first NHL appearances since a relief stint early in the 2016-17 season. On April 15, he won his first big league game since Dec. 12, 2015, a win he dedicated to his late father, Mark. On April 19, he earned NHL First Star of the Week honors.

The Sabres, of course, could use the waiver wire or make a trade to add another goalie.

If Dell clears waivers, he could be assigned to the Rochester Americans. Dell signed a one-year, two-way contract worth $750,000 in the NHL and $350,000 in the AHL. Other than a one-game stint last season, he hasn’t played in the minors since 2015-16.

In other news, the Sabres this afternoon also waived defenseman Jimmy Schuldt, according to reports.