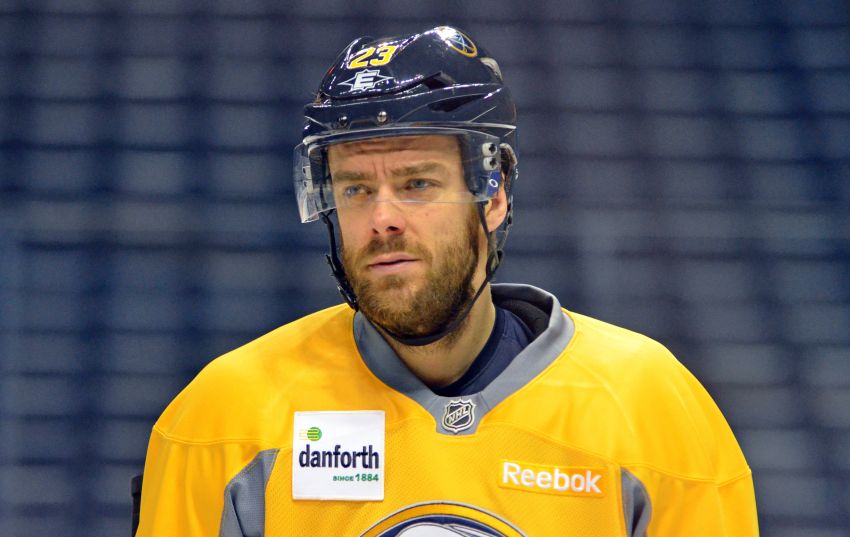 BUFFALO – What the heck is going on with Sabres forward Ville Leino?

Interim Sabres coach Ted Nolan said the Finn, who left Thursday’s 6-1 loss in Nashville early after experiencing some lightheadedness, was evaluated and came to this morning’s skate.

“He was doing OK and then just before going on the ice he didn’t feel very well again,” Nolan said after the Sabres prepared for tonight’s tilt against the Tampa Bay Lightning inside the First Niagara Center.

Nolan said Leino will go back to the doctor. He believes Leino never got hit.

With only nine games left, have the Sabres thought about shutting Leino down for the season?

In other news, Nolan said a report he has signed a three-year contract extension is false.

The Sabres get one player back tonight, rookie center Zemgus Girgensons.

Defenseman Tyler Myers, who crashed into the net Tuesday, is out tonight and probably Tuesday, Nolan said.