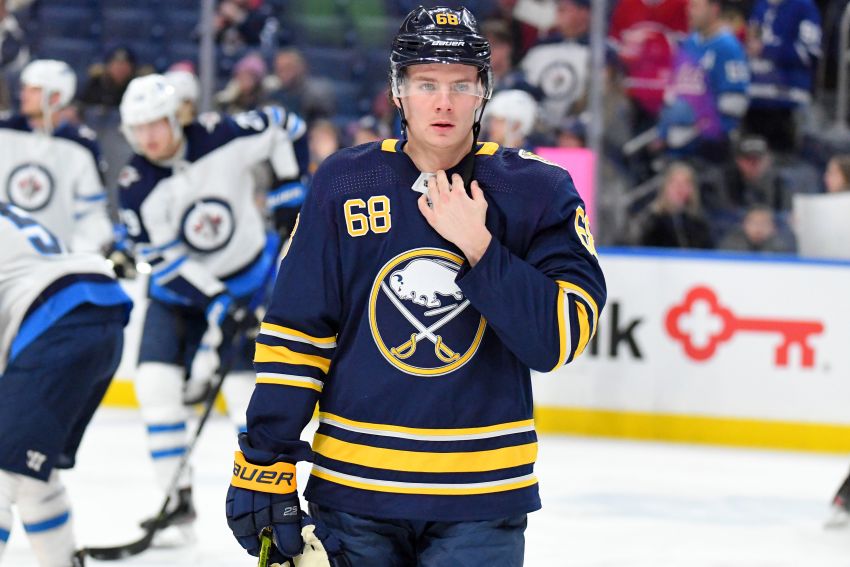 Winger Victor Olofsson and goalie Linus Ullmark both practiced today in Winnipeg, where the Buffalo Sabres close their four-game road trip Tuesday against the Jets.

Olofsson, one of the NHL’s top rookies, left Saturday’s 5-2 loss after his lower body became tangled with Coyotes forward Brad Richardson in front of the Arizona bench.

“It looks like he felt good today and we’re really pleased,” he said. “We all had no idea which way this was going to go and it’s gone in the right direction, so we’re happy to be able to keep the lines together.”

“This is the next step for him, is to see NHL shots,” Krueger said. “There’s only so much our rehab team can do as far as getting a goalie ready, so it’s important to get him in practices, have him see some shots today, see some shots tomorrow.

“There’s no timeline here. It’s the beginning of the next phase.”

Krueger said Ullmark, who has missed the last 15 games, could play in the next week.