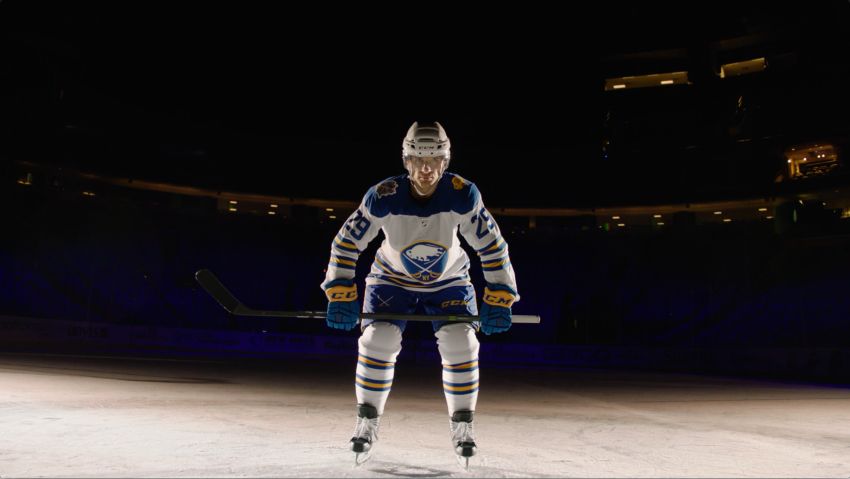 What do you think of the the special uniform the Buffalo Sabres will wear during the Winter Classic on New Year’s Day at Citi Field in New York?

The uniform “combines design concepts from the franchise’s early years with modifications of the team’s current logo and elements from the team’s 40th anniversary jersey to create a unique look that recalls the Sabres’ 48 years of history,” according to the Sabres, who released the first images today.

When the Sabres played in the first Winter Classic in 2008, a 2-1 shootout loss to the Pittsburgh Penguins at Ralph Wilson Stadium, they wore the regular throwback jersey from 1980s and 90s.

Winger Jason Pominville, the only current Sabre who played in Winter Classic almost 10 years ago, is pictured sporting the special uniform.