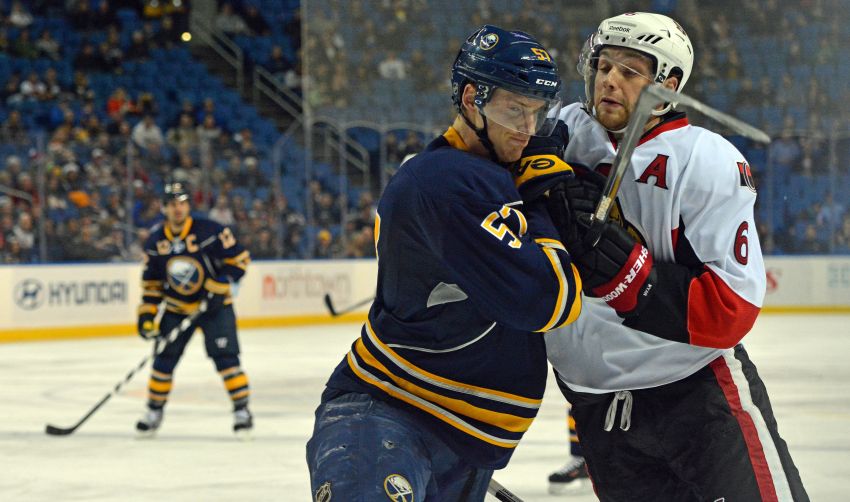 “They’ve been playing a lot of hockey lately,” Nolan said.

Both will play Saturday, Nolan said.

The Sabres could change goalies against Dallas. Michal Neuvirth, out last week after injuring his ankle during the NHL All-Star break, is ready to play again. Nolan said Neuvirth will definitely start one of the next three games. The Sabres also play Sunday and Tuesday.

“Neuvy’s first really good practice in a while, so we’ll see how he feels today when he goes back to the rink,” Nolan said. “We’ll work him again tomorrow.”

Neuvirth added: “I feel pretty good. It was a tough injury. I took a shot on the ankle, a heavy shot from the slot. I couldn’t put my skate on for a few days.”

“We’re going to definitely look at it,” Nolan said. “We need an intelligent guy back there making good plays, and breaking out is probably one of the most important parts of our power play. … “We haven’t been doing great first passes lately.”