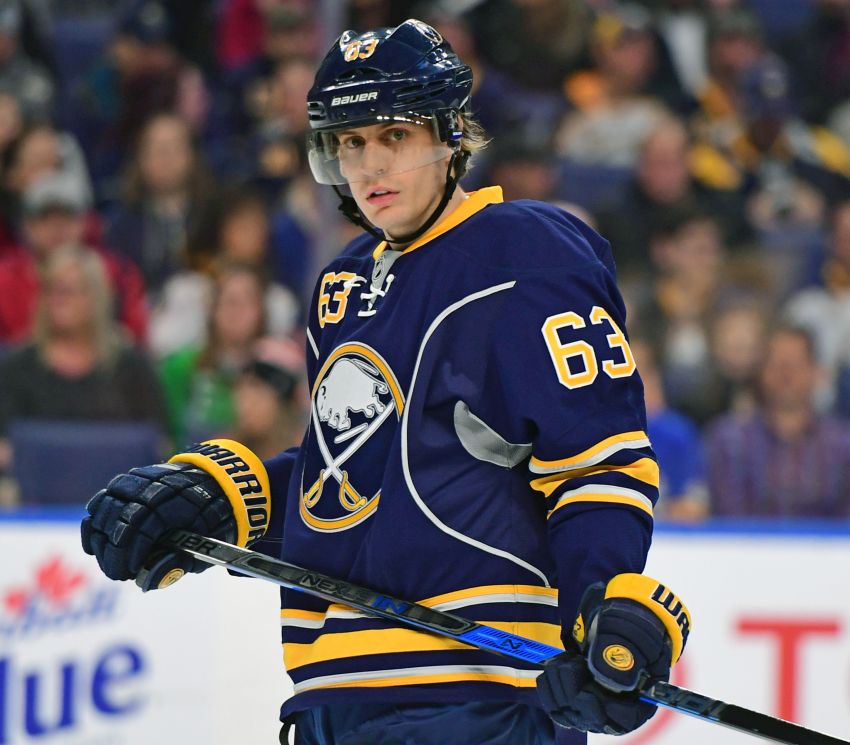 BUFFALO – The smile, the upbeat personality are still there. Even as Sabres winger Tyler Ennis spoke openly about his trying season Friday, he sounded excited for his fresh opportunity on the top line, like he couldn’t wait for tonight’s home tilt against the Toronto Maple Leafs to start.

Of course, the affable Ennis, who has zero goals in the last 17 games, still worries about his uncertain future. But to him, it’s a terrific mentality for a hockey player to possess.

“What keeps guys in the league for a long time is worrying,” Ennis told the Times Herald following practice inside KeyBank Center. “You never want to be comfortable. Guys, great players will say you have to continue to get better or someone’s going to pass you by.”

A slew of players have bypassed Ennis on the depth chart this season. In less than two years, he morphed from the Sabres’ top offensive threat into a fourth-liner. The three-time 20-goal scorer has only four goals and 10 points in 46 games in 2016-17.

Naturally, the meager output and constant losing – the Sabres will miss the playoffs for the sixth straight year – have been difficult for Ennis to handle.

Coming to the rink hasn’t been fun some days.

“You got to put things into perspective,” Ennis said. “It’s a great job and a great life, but when you’re not doing well, you’re not meeting expectations, you’re not winning, it’s definitely not fun. It (stinks). We’re all competitive.”

Injuries – a concussion cost him the final 45 games last season and groin surgery sidelined him 30 contests earlier this campaign – have slowed the longest-tenured Sabre.

Still, the speedy Ennis said he feels better every day and has “been getting his groove back.”

“I get excited out there,” Ennis said of skating on the top line. “It’s fun playing in the o-zone. You got guys that can pass and score, responsible players and great guys, good friends.”

Bylsma has recently seen signs Ennis is “getting his mobility and getting his pop back in his game,” he said.

The final eight games might be a tryout of sorts for Ennis, who has two seasons left on his five-year, $23 million contract. The Sabres will almost certainly expose him in the upcoming expansion draft.

“He’s trying to prove what kind of player he is and where he fits in our lineup right now, and I think that’s something he’s done a little bit better of recently, and going forward, that’s his challenge for the next eight games,” Bylsma said.

Ennis’ minutes have jumped from below 10 some games to about 17. The opportunity has energized him. He ended an 11-game point drought in Monday’s 2-1 win in Detroit.

Ennis just spent some time on the fourth line, “a position I never played in my entire life,” he said. The former first-round pick had difficulty adjusting to the role.

“When you don’t play much, you always have to stay in games, because once you get on the ice you’re playing against the best players in the world,” he said. “So if you’re not playing for five or 10 minutes, you have to make sure you’re still up, you’re still ready, still engaged.”

One thought on “Sabres’ Tyler Ennis worried about future”