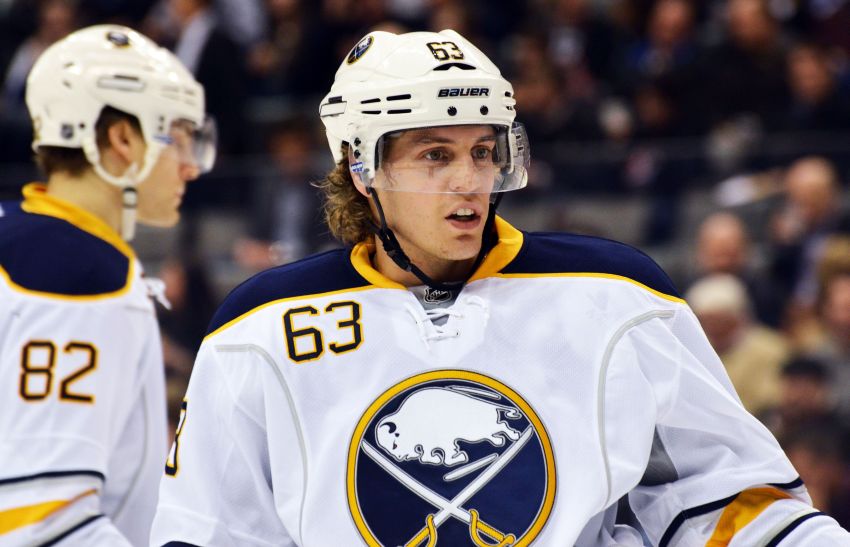 BUFFALO – Tyler Ennis said nothing has ever embarrassed him as much as getting benched for the final 26 minutes of the Sabres’ 6-2 loss Friday in Anaheim.

“Oh, totally, big time,” the center said this morning inside the First Niagara Center. “I never in my career had to do that. So it was tough. I just got to put the puck in the net.”

So far, Ennis, who should be back at center against the Los Angeles Kings, hasn’t done much scoring this season, only accumulating two goals and five points in 19 games.

The 24-year-old has as many scores as defenseman Henrik Tallinder and as many points as fourth-liner Cody McCormick.

After a strong debut on the right wing beside Cody Hodgson and Matt Moulson on Oct. 28, the No. 1 line began fizzling. Sabres coach Ron Rolston sat the linemates together.

“To sit there and watch half a game, it was embarrassing,” Ennis said. “I just got to put the puck in the net, it won’t happen.”

What was Rolston’s message to Ennis?

“No turnovers, play with speed and take pucks to the net,” Ennis said.

Ennis, who’s been flipping between center and wing, should pivot Drew Stafford and Ville Leino tonight.