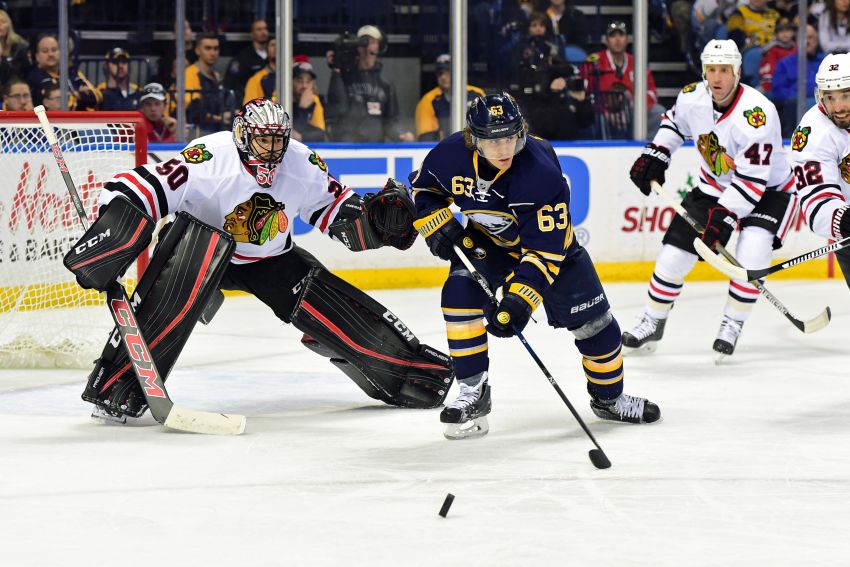 “It makes you really not only appreciate what you got, but want to do better the next time,” Ennis said this morning inside KeyBank Center after veterans reported to training camp for physicals.

Kidding aside, the season-ending concussion Ennis suffered Dec. 30 – his second head injury in two months – changed the shifty winger. As Ennis, 26, watched from afar, the Sabres started winning without him. He also saw the new regime’s expectations and philosophies starting to take hold.

Ennis, a Sabre since late 2009-10, realized he had to change his habits. General manager Tim Murray said following last season Ennis told him he used to practice to have fun.

A productive Ennis would be vital to the Sabres as they try to end their five-year playoff drought. At his best, Ennis is one of the NHL’s slickest forwards, scoring highlight-reel goals.

But Ennis struggled last season following consecutive 20-goal campaigns, mustering only three goals and 11 points in 23 games. Ennis, who loves to freewheel, was often a non-factor in new coach Dan Bylsma’s rigid system. He hasn’t scored a goal since Oct. 27.

“I was inconsistent and it wasn’t obviously as good as it should have been,” Ennis said. “I’m ready to go. I’m in better shape. I excited. I’m enthusiastic.”

Ennis, like his other teammates who spoke today, is also enthusiastic about the Sabres’ playoff chances.