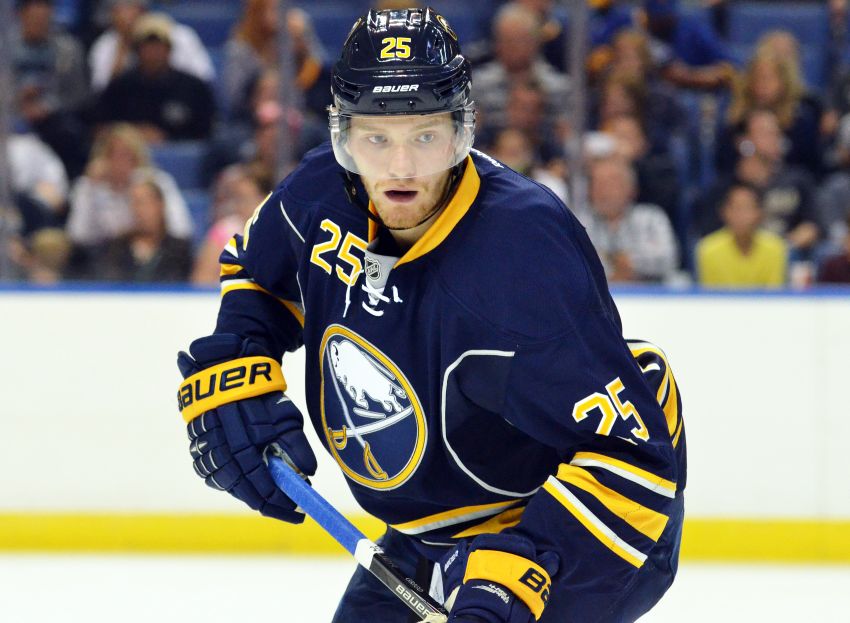 BUFFALO – Mikhail Grigorenko figured he’d be starting a two-week AHL conditioning assignment Wednesday. The 19-year-old Sabres prospect had already dropped his equipment off at the rink and checked into a Rochester hotel when a team front office member contacted him at 10 p.m. Tuesday.

Grigorenko drove back to Buffalo and practiced with the Sabres hours later.

“You read the rules and see how they work,” interim coach Ted Nolan said Wednesday inside the First Niagara Center after the Sabres prepared for tonight’s road tilt against the Philadelphia Flyers. “We thought we were doing it by the rule book.”

The team didn’t elaborate much more. In a statement, the Sabres said they respected the league’s decision and followed all guidelines in the collective bargaining agreement.

According to section 13.8 of the CBA, “If the Commissioner has reason to believe or determines the Club has used the Conditioning Load to evade Waivers, or otherwise Circumvent any provision of this agreement, he may take such disciplinary action against the Club as he deems appropriate.”

Grigorenko added: “I needed to play. I lost a little bit of my conditioning. So I need to get it back.”

So what’s next for Grigorenko, a healthy scratch twice under Nolan? The Russian practiced Wednesday at left wing with Ville Leino and Marcus Foligno.

Nolan and Pat LaFontaine, the president of hockey operations, have been discussing their options.

Grigorenko said the Sabres haven’t mentioned sending him back to junior, something they did in March. Nolan isn’t sure if he’ll play him soon. Grigorenko has sat five of the last seven contests.

Grigorenko has often skated on the fourth line again this season. He’s averaging 11:15 in his 15 appearances.

Still, the 12th overall pick in 2012 hasn’t lost his confidence.

“My confidence is pretty high because the last four games I played I had all my points this season,” said Grigorenko, who has two goals and three points this season. “I thought I’ve been playing really good. I scored two goals in the second-last game I played.”

Does he believe Nolan will give him a chance?

“I didn’t really know much about Ted,” Grigorenko said. “So I didn’t know what to expect. I was just ready for anything, for good or bad.”

Grigorenko, whose compete level has been questioned, called Nolan “a really intense coach.”

Center Johan Larsson and defenseman Rasmus Ristolainen, the two prospects sent to Rochester on a regular assignment, played in the Americans’ 3-1 loss to the Wilkes-Barre/Scranton Penguins on Wednesday.

Grigorenko played with Rochester twice in the playoffs last season because Quebec’s season had ended.

Update: Grigorenko will play tonight, according to reports from Philadelphia. Wingers Brian Flynn and Corey Tropp and defenseman Mark Pysyk will sit.