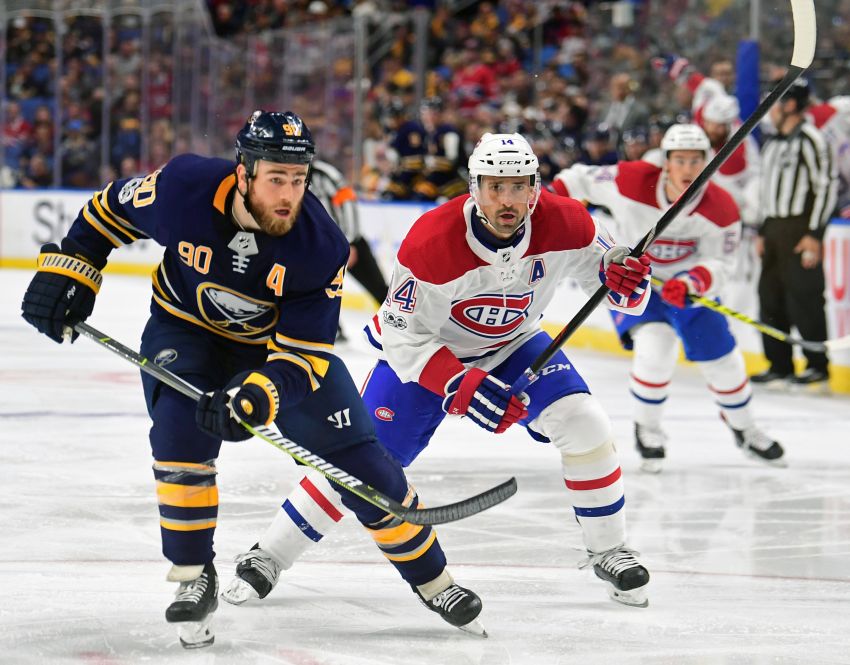 “We were ready, I think we were prepared,” coach Phil Housley said following practice of the Sabres’ effort Saturday. “I think we just didn’t execute the game plan. A lot of times it really wasn’t the things they did, it’s what we gave them.”

The Sabres, of course, are just two games into the Housley era. Getting used to a new coach and his systems takes time.

“Maybe a little too lackadaisical,” Sabres center Ryan O’Reilly said of the short-handed goals. “We’re trying so much to score, (we’re) not playing the right way and protect. For myself, I got to get back and have communication.”

O’Reilly, like some of the Sabres’ other top players, has struggled early, registering just one assist.

“It starts with myself and a few other guys,” O’Reilly said. “Definitely I wasn’t good enough. I didn’t play a complete game, and I could be better. We had a good talk this morning, good review of last game. We’re throwing it out.

The Sabres have a chance Monday afternoon against the New Jersey Devils, a contest Housley might use to showcase some new lines. O’Reilly centered Zemgus Girgensons and Seth Griffith today. Center Sam Reinhart, meanwhile, took O’Reilly’s spot between Benoit Pouliot and Kyle Okposo.

“We needed to change it up a little bit,” said Housley, who wasn’t sure if he would use the lines Monday.

In other lineup news, winger Jordan Nolan, who played Thursday, will likely be scratched again in favor of veteran Matt Moulson. Meanwhile, Housley said he hasn’t decided on a starting goalie. He pulled Robin Lehner on Saturday.

In injury news, Housley said defenseman Zach Bogosian (lower body) has been skating and progressing. Bogosian, however, is likely out Monday.