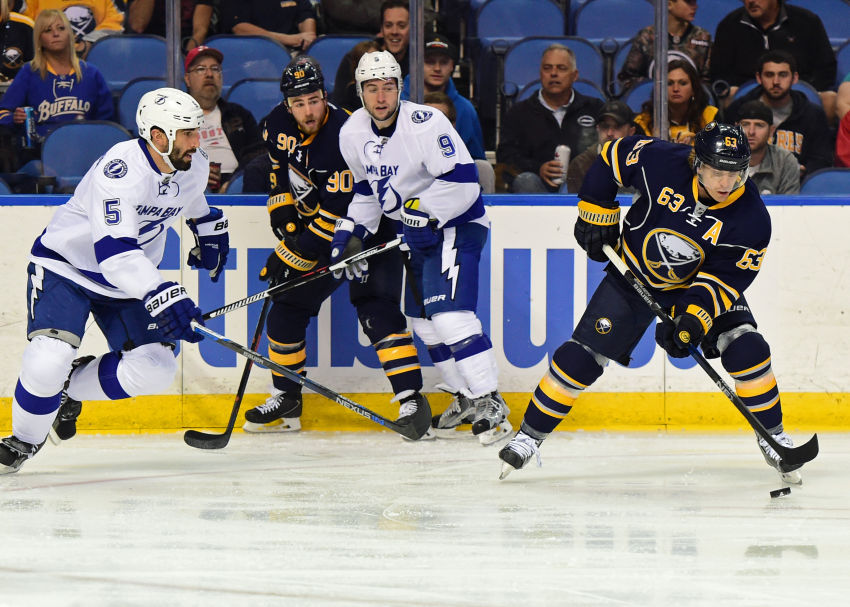 BUFFALO – The Anaheim Ducks, a chic preseason Stanley Cup pick this season after coming within a game of reaching the final a season ago, morphed into a mess earlier this year.

Still, after losing nine of their first 10 games and getting shut out five times, the Ducks have rebounded to a 11-13-5 record and won three of their last four contests entering tonight’s game against the Sabres.

“You look at that lineup, it’s a lineup that looks like a team you’re going to try to measure yourself against,” Sabres defenseman Cody Franson said this morning. “They’ve got the depth. They’ve got the talent. They’ve got every piece of the puzzle.”

Perhaps on paper, but it hasn’t translated to the ice. The Ducks, a team with stars Ryan Getzlaf and Corey Perry comprising two-thirds of the No. 1 line, have scored only 55 goals, 1.9 a game, the league’s worst total. Getzlaf has scored one goal … into an empty net.

Despite the struggles, Sabres coach Dan Bylsma is treating the Ducks, who have played once in 10 days, like the team they’re supposed to be.

“I see a good hockey team,” he said. “I see one of the best lines in the league with Getzlaf and Perry, their size and ability, their speed throughout the lineup.”

Winger Tyler Ennis, out the last 11 games with an upper-body injury, participated fully with his teammates this morning. Bylsma hopes Ennis can return Saturday afternoon, the Sabres’ last game before Christmas.

In other injury news, Bylsma said winger Marcus Foligno will miss a second straight game with an upper-body injury and is day-to-day.