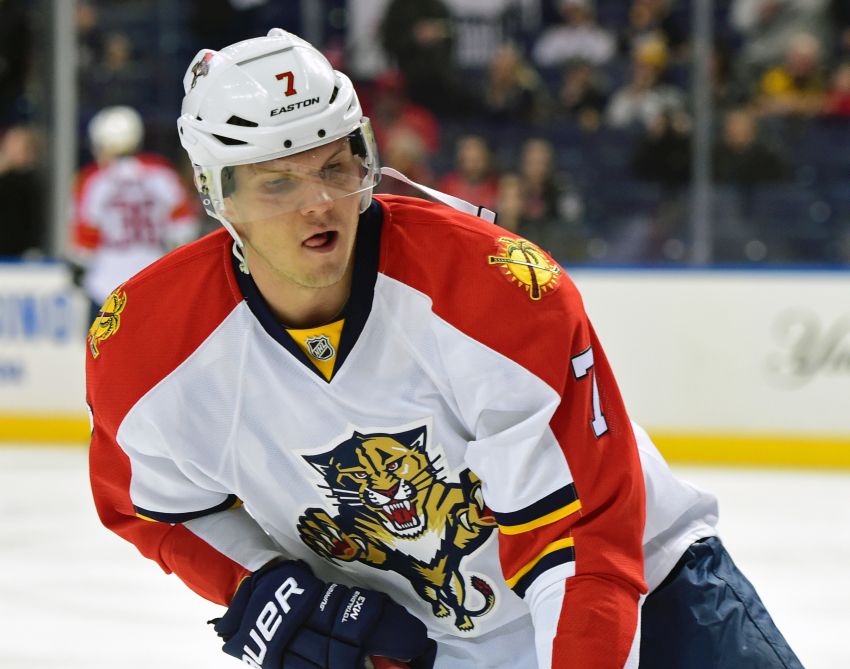 The Sabres used that selection to take Swedish center Rasmus Asplund, who centered Alexander Nylander, the eighth overall pick by Buffalo, at the world junior championship.

Kulikov, 25, could be the left-handed defenseman Sabres general manager Tim Murray covets. The 6-foot-1, 205-pound Russian has 28 goals and 138 points in 460 NHL games. The Panthers drafted Kulikov 14th overall in 2009.

Update: More on the deal from Murray, which he said he began working on a couple weeks ago:

“We like (Kulikov) as a player. We have a need for a left-shot D. He had an outstanding playoff for them. I thought he was their best D.”

“You have to trade away a good player, and Mark is a very good player. Mark is kind of an analytics darling, and we know that. So we knew there’d be a little pushback on that.”

“I have to ask that question,” Murray said about gauging Stamkos’ interest. “I wouldn’t be doing my job if I didn’t.