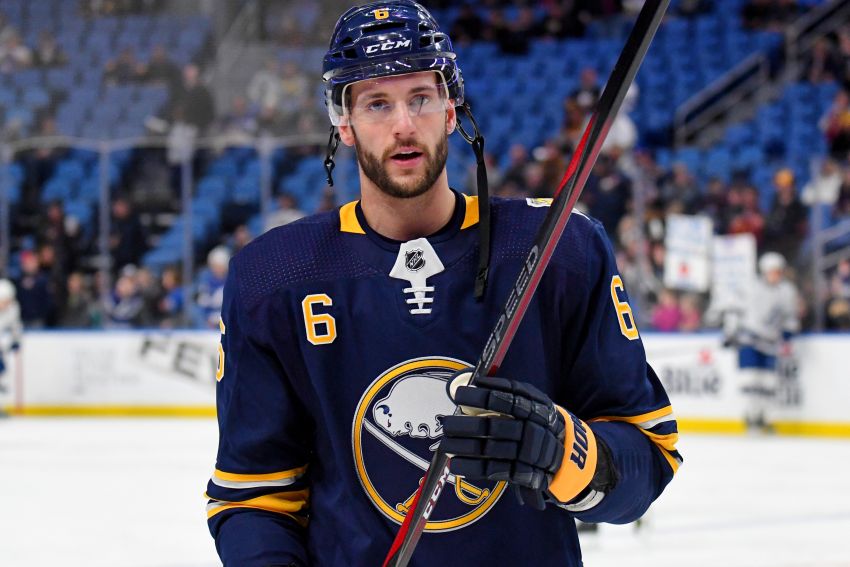 BUFFALO – The Sabres traded defenseman Marco Scandella to the Montreal Canadiens tonight for a fourth-round pick in 2020.

Update: The Sabres have traded the selection they received from Montreal to the Calgary Flames for forward Michael Frolik.

Scandella, a Montreal native, will be an unrestricted free agent following the season.

The Sabres and Canadiens, of course, rarely make trades. Right now, the sixth-place Sabres trail their Atlantic Division rival by one point.

Scandella, 29, has compiled three goals, nine points and a plus-9 rating in 31 games this season. He has a $4 million salary cap hit.

The Sabres, who host the Edmonton Oilers tonight, have had a surfeit of defensemen all season. Two have been sitting out some games. Sabres coach Ralph Krueger has also regularly dressed a seventh defender.

Sabres general manager Jason Botterill was expected to parlay one of those extra defensemen into a forward. The Sabres, who have lost four straight games, sorely need help up front.

Frolik won the Stanley Cup with the Chicago Blackhawks in 2013. He’s in the final season of a five-year contract and has a $4.3 million cap hit.