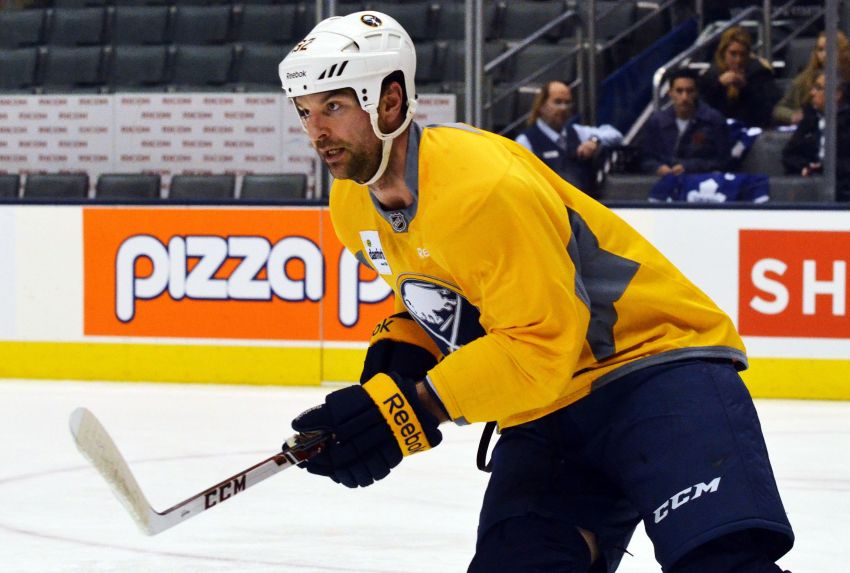 “It means I’ve got 200 in seven years,” Scott said this afternoon inside the Air Canada Centre after the Sabres prepared for tonight’s tilt against the Maple Leafs. “I’ve got a lot of healthy scratches.”

True, Scott has never played more than 51 games in a full season. He’s been a healthy scratch 11 times already this season.

Still, Scott, who wasn’t aware he would be hitting the milestone tonight, called it “cool.”

“I guess I never would’ve thought that would happen,” he said. “It’s cool. It’s a big honor, I guess. So it’s exciting.”

Scott wasn’t supposed to crack the NHL. He was an average NCAA defenseman before the Minnesota Wild thought his hulking stature would make him an excellent enforcer.

“I kind of hung around and made a career out of it,” Scott said. “It’s nice to look back at where I’ve been and where I’ve been going, and hopefully it keeps going. Actually, it’s a good little accomplishment.”

Scott played defense, winger and on the power play in Monday’s 2-1 overtime win against Phoenix. Interim coach Ted Nolan said he’ll likely be in front of the net tonight with the Sabres up a man.

One thought on “Sabres tough guy John Scott on 200th NHL game: ‘I’ve got a lot of healthy scratches’”