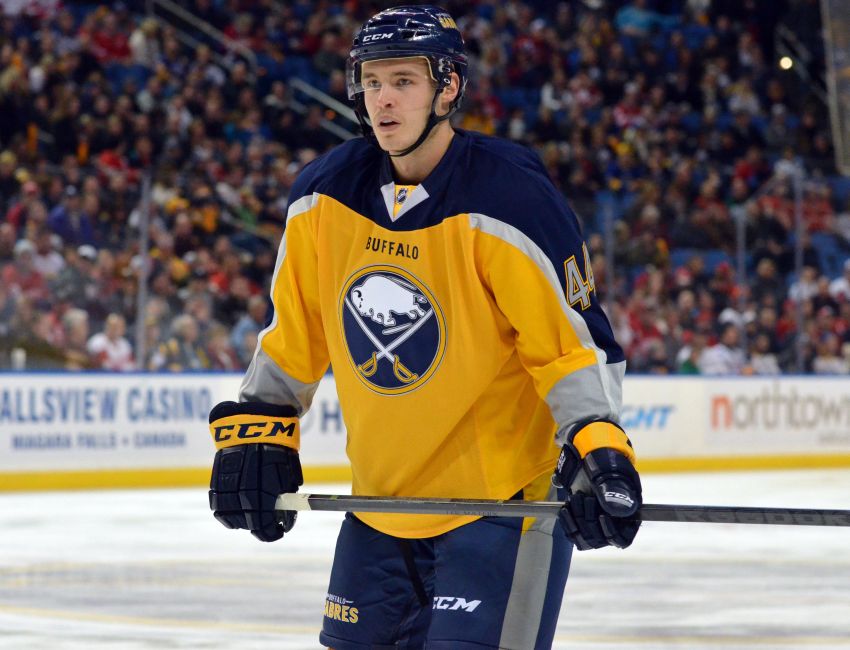 But after a string of losses and more meager offensive production, Nolan switched up his combinations Monday.

“Our top line is having a little bit of trouble, maybe the chemistry wasn’t quite right,” Nolan said following practice inside the First Niagara Center. “We talked to (them) and decided instead of trying to have one, we’d try to have three. So we have get this thing turning around together. It’s not going to be one or two individuals; it’s going to be a collective response, so hopefully this works.”

The new lines, which the Sabres will probably use for tonight’s home game against the Ottawa Senators from left to right:

The top line had been Moulson, Hodgson and Stafford. Scott was scratched last game.

Leino, whose ice time dropped about six minutes Saturday, has skated on the fourth line occasionally this season.

“We got to get certain people playing better,” Nolan said. “Playing OK is not good enough.”

McNabb manned a point on the power play during Monday’s practice.