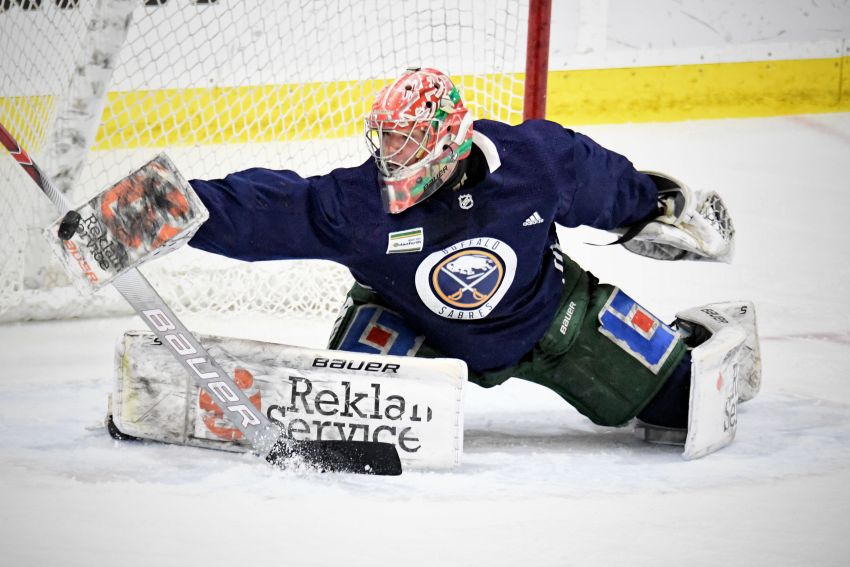 Sabres goalie prospect Erik Portillo could be back in Buffalo next month. ©2022, Micheline Veluvolu, Rochester Americans

The Buffalo Sabres will hold a summer development camp for prospects from July 13 to 16 at LECOM Harborcenter, the team announced Tuesday.

The COVID-19 pandemic forced the Sabres to cancel the camp the last two years.

The on-ice sessions for the first three days of camp are free and open to the public on a first-come, first-serve basis.

The camp will conclude with the French Connection Tournament, an intrasquad three-on-three challenge.

A ticket is needed to attend the tournament. Season ticket holders for the 2022-23 campaign will receive priority access and be limited to two free tickets per account. Tickets can be claimed in a newsletter that will be sent July 7.

A roster for the camp, which will include prospects the Sabres draft next week, will be announced at a later date.

The full camp schedule is below.