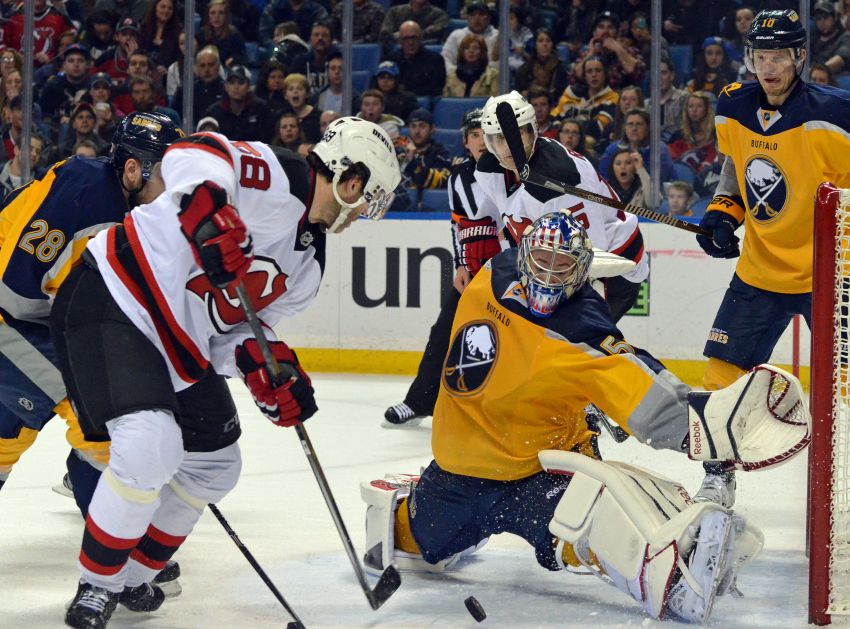 BUFFALO – Count Ted Nolan as a fan of Jaromir Jagr, the legendary 43-year-old winger the Florida Panthers acquired from the New Jersey Devils on Thursday.

The ageless Jagr, who has 716 goals and 1,784 points in 1,530 games, should make his Panthers debut Saturday in Florida against the Sabres.

“You see a guy like Jagr, growing up and watching him in his early days, he was by far one of my favorite players I got to watch,” Nolan said this afternoon inside the First Niagara Center. “To see him still have that touch on a young team, the Florida Panthers are a young team that needs some proper leadership and direction to get them in that next hump, it’s a great move.”

The Sabres will be sellers before the trade deadline Monday. Some players who left for Florida will almost certainly be gone by next week.

But guys aren’t as antsy as some might think.

“These guys are staying by their phones, reading the articles and watching the sports shows,” Nolan said. “So they’re a little on edge. But it’s a good edge.”

Update: The Sabres sent defenseman Mark Pysyk to Rochester this afternoon, a move that will raise a few eyebrows. Pysyk played three games during his recall, skating more than 18 minutes in his last two outings, both wins. He scored the winning goal in Tuesday’s 4-2 win in Columbus.

Strachan will likely sit out Saturday.

Meanwhile, Nolan wouldn’t say if defenseman Nikita Zadorov would return from his three-game benching. Zadorov, who was late to a meeting Sunday morning, skated with Andrej Meszaros today.