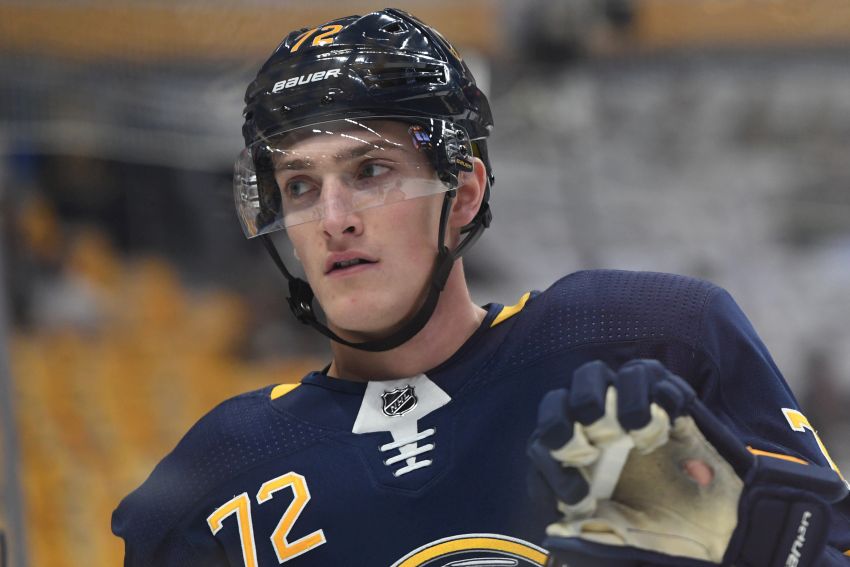 BUFFALO – Over the past three weeks, the Sabres have taken a different approach to winger Tage Thompson’s development.

In Thursday’s 6-5 overtime win in Montreal, coach Phil Housley thought the play of the Sabres’ fourth line, which he said has been “very, very good,” dipped a little bit.

So Thompson will replace Zemgus Girgensons beside center Johan Larsson and Patrik Berglund for this afternoon’s tilt against the Vancouver Canucks inside KeyBank Center.

The 6-foot-6, 205-pound Thompson has compiled one assist in nine outings this season. Housley said he has patiently waited for his opportunity, spending time with coaches after practice.

“He’s a terrific teammate,” Housley said. “He comes to work every day, he does extra to try to get himself prepared. He’s part of culture. He fits right in with our group.”