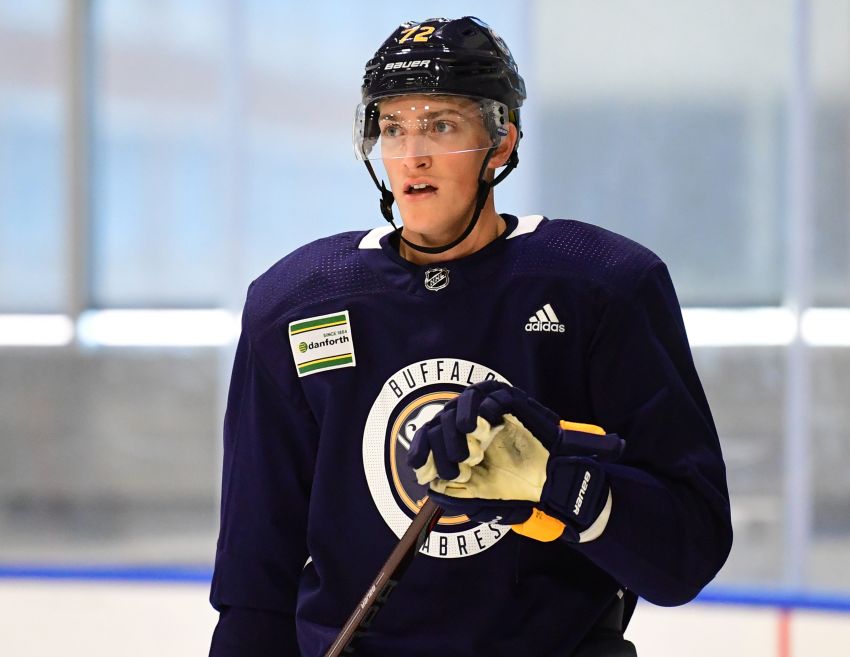 Still, it seems like Thompson, a healthy scratch the last four games, could return against the Vancouver Canucks. Thompson practiced at right wing beside center Johan Larsson and Patrik Berglund this afternoon. Meanwhile, Zemgus Girgensons, a regular on the fourth line, rotated in.

“We got a lot of guys that are banged up or some bumps and bruises, so that’ll be a game-time decision,” Housley of Thompson’s status. “I just wanted to get him in a regular rotation because we got in a little bit late last night.”

Girgensons, however, isn’t one of the banged-up Sabres, Housley said. The team arrived home about 2 a.m. following Thursday’s 6-5 overtime road win against the Montreal Canadiens.

Housley said he hadn’t spoken to the trainers yet about his sore players.

“A lot of guys blocked a lot of shots,” Housley said inside KeyBank Center. “Our penalty kill did a terrific job last night.”

One thought on “Sabres’ Tage Thompson could play against Canucks”