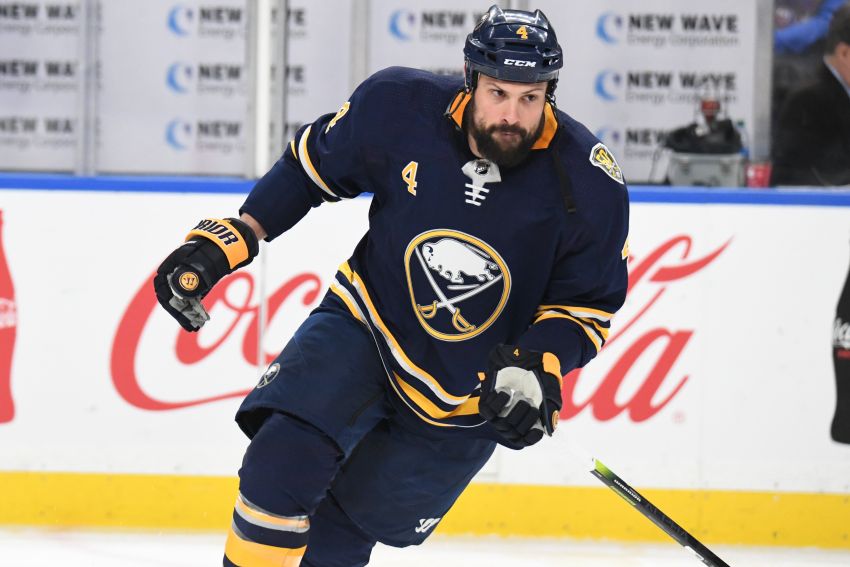 BUFFALO – The Sabres have suspended defenseman Zach Bogosian for failing to report to the Rochester Americans, the NHL club announced late Monday afternoon.

They assigned Bogosian, 29, to the Amerks on Saturday.

After morphing into a spare part – he was scratched 17 of the last 26 games – and often struggling during his sporadic appearances, the Sabres waived Bogosian on Friday.

“There will be no further information or comment at this time,” the Sabres said in statement announcing the suspension.

The Massena native hasn’t played in the AHL since 2008-09, when he appeared in five games on a conditioning stint with the Chicago Wolves as a rookie.

Bogosian has a base salary of $6 million this season, which he will not be paid during the suspension. If he stays suspended or his contract is terminated, the Sabres would save about $1.3 million in salary cap space, according to capfriendly.com.

That extra room, of course, could help Sabres general manager Jason Botterill make some deals before the Feb. 24 trade deadline.

Injuries ravaged Bogosian over his five-year tenure with the Sabres, costing him a whopping 153 games following his arrival in 2015. He underwent his first hip surgery in 2017-18.

He hasn’t cracked the 70-game mark in a season since 2010-11 and never made more than 65 appearances with the Sabres.

In other news, the Sabres recalled winger Scott Wilson from the Amerks on Monday and returned goalie Andrew Hammond to the AHL club.

The Sabres play a road game tonight against the Ottawa Senators.