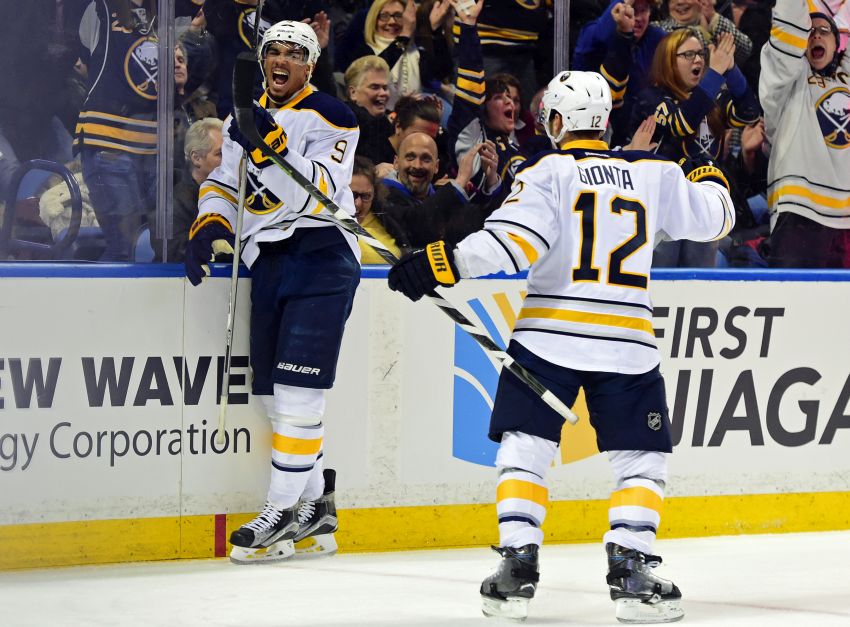 A “disappointed” Bylsma said Kane called him and general manager Tim Murray in the morning and told them he wouldn’t be coming to practice.

“Broke a team rule,” Bylsma said inside the First Niagara Center. “We’ll be dealing with it internally.”

By early Monday afternoon, the video had been shortened. Several parts, including an empty bottle of Cognac, had been taken out.

“He could’ve made it to the game just fine and made it back,” he said.

Kane returned from Toronto in October after chartering a helicopter to a Blue Jays playoff game and documenting the experience on social media.

The Sabres, of course, knew Kane came with baggage when they acquired him from Winnipeg last year. Still, Kane transitioned smoothly to the Sabres earlier this season after wearing out his welcome with the Jets. Now, he’s gotten into trouble twice in less than two months.

In other news, center Johan Larsson practiced Monday and will likely play tonight after a lower-body injury sidelined him two games, Bylsma said. Rookie winger Justin Bailey is still with the Sabres.