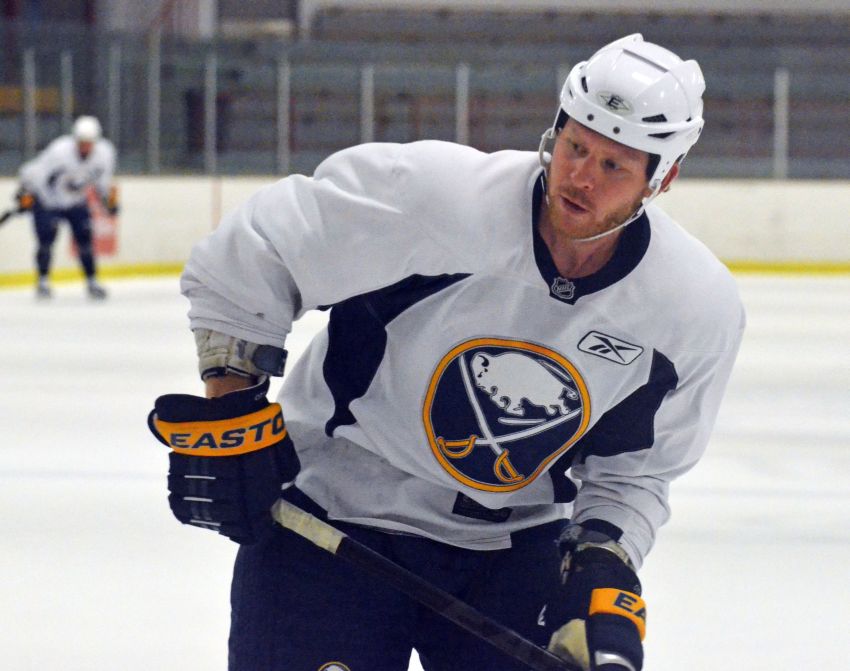 Eighty-three days into the NHL lockout, players are starving for some game action, the Sabres winger said.

So don’t expect the event “to be just an all-star game,” he said. Players are becoming increasingly competitive as they wait for the season to start. Some haven’t played a game in about eight or nine months.

Saturday’s tilt at the WFCU Centre in Windsor, Ont., which benefits Sparkles From Above, a charity that assists children battling cancer, could feature some real intensity.

“It’s always fun when you get fans up there cheering for you, or wanting to see great things. Guys kind of play a little bit more competitive. … Guys are chomping at the bit.”

Detroit’s Johan Franzen, one of almost 40 participants, reinforced Ott’s feelings during a conversation earlier this week.

“He wanted to bring contact into our game on Saturday, so you kind of see where the guys’ mindsets are of trying to get back to what we do best,” Ott said.

“When Otter sent the message down that he was trying to get something off the ground, it was definitely something I wanted to take part in,” Ellis said.

Ott, who sounded ready for the game to start as he spoke, began talking about putting a charity event together with Detroit’s Daniel Cleary and Edmonton’s Shawn Horcoff a couple of months ago. Ron Sanko, a Windsor businessman, has also helped.

“We thought it would be a great idea to throw a great skate together, a chance to raise some great money for charity, kind of have an opportunity to give back in a tough time in our hockey career,” Ott said.

Supporting Sparkle From Above is important to Ott, who has a history of cancer in his family. His mother, Debby, is a breast cancer survivor.

“I’m like everybody else that’s been touched by cancer,” Ott said. “So this is a chance to really give back to the local community, and hopefully we can raise a good amount of money for them.”

For Ott, the night’s about making a negative situation into a positive one.

“Hockey’s taken a big black eye with the lockout, and guys want to play,” Ott said. “We’re dying to play. I’ve been skating … the last six months on a consistent basis. To be where we are with no thrill, yes, I’m trying to make good out of bad. I want to show the fans a great game, throw the guys back on the ice and have some fun out there.

“And that’s where we are; we want to have a blast and be out there.”

Tickets for “Rockout The Lockout” can be purchased here.