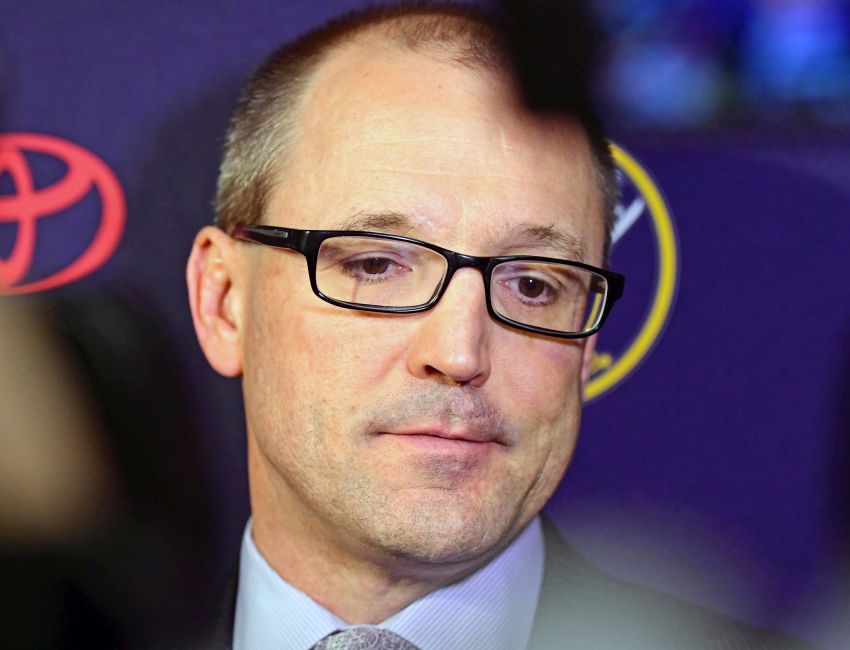 Pegula, who rarely speaks about the Sabres, is scheduled to hold a news conference this morning. Perhaps he can offer some insight into the team’s direction.

Right now, the Sabres don’t seem to have any. They’re still arguably the NHL’s most dysfunctional franchise.

Bottoming-out so they could secure Eichel’s pick in 2015 hasn’t paid dividends. Murray and Bylsma, who won a Stanley Cup with the Pittsburgh Penguins, were supposed to offer stability after years of regime and coaching changes.

Nine days ago during Murray’s end-of-season news conference, he gave Bylsma what barely qualified as a tepid endorsement, saying, “He’s my coach today.” Murray also cautioned he was also subject to Pegula’s review.

Murray made a colossal mistake returning defenseman Brendan Guhle, 19, to his junior team before the season. Even as a teenager, Guhle’s speed and puck-moving skills would’ve helped the Sabres immensely. He proved that during a three-game emergency recall in December.

Other than Reinhart, Murray’s first draft in 2014 already looks like a bust.

And in making those blockbuster deals that acquired O’Reilly and winger Evander Kane, Murray traded prospects and draft picks, whittling away the Sabres’ depth.

Bylsma, meanwhile, seemed to have a disconnect with his team. Clearly, some players believed the Sabres should’ve been playing more aggressively. A frustrated Eichel and Kane talked about that regularly, sometimes after games in which the Sabres sat on leads and blew them.

“After reviewing the past season and looking at the future of our organization, Kim (Pegula) and I have decided to relieve general manager Tim Murray and head coach Dan Bylsma of their duties. We want to thank Tim and Dan for their hard work and efforts that they have put in during their tenures with the club. We wish them luck. We have begun the process to fill these positions immediately.”