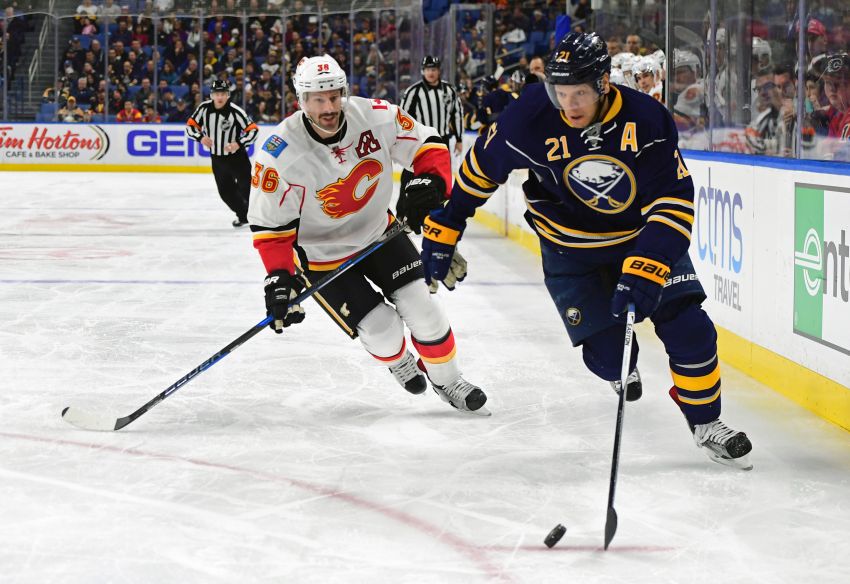 BUFFALO – Somewhere in KeyBank Center, Dan Bylsma has the NHL standings posted prominently – “On purpose,” the coach noted – so the Sabres can look at them.

Right now, the Sabres are in an ugly spot.

At 10-11-6, the 16th-place Sabres are the Eastern Conference’s only team under .500. They’re six points behind Boston for the Atlantic Division’s last playoff spot and 11 points out of the final wild card sport.

The Sabres have just a 10.5 percent chance of making the playoffs, according to sportsclubstats.com.

The Sabres must go on a run to make up ground. Good teams rattle off five or six wins in a row and charge up the standings. The Sabres haven’t won more than three consecutive contests this season.

“We’ve had a few games, win two in a row and get to an overtime or a shootout and that streak ends,” Bylsma said. “That’s really been one that’s kept us from putting four in a row or five in a row together.

“You look at teams that are on a roll, you win three of those games in overtime or shootout, you’re still on the roll. You come out on the wrong side of those extra time in the shootout, you end up with two in a row or three in row and don’t extend the streak.

The Sabres have six overtime or shootout losses this year, one of which ended a two-game winning streak.