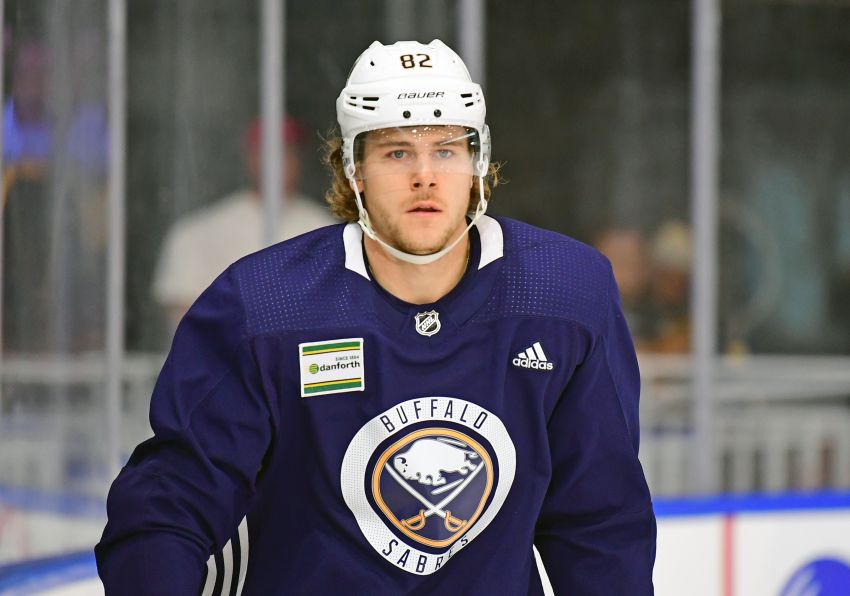 BUFFALO – Nathan Beaulieu knows a visit to Montreal, his first since the Canadiens traded him to the Sabres almost five months ago, is coming up.

“I’ve had that circled for a while,” the defenseman said of Saturday’s road tilt.

The game, of course, would be meaningful to Beaulieu, who played 225 games with the Canadiens after they drafted him 17th overall in 2011.

But Beaulieu doesn’t want to rush back from the lower-body injury that has sidelined him seven games. His return to Montreal might have to wait.

“It’s getting there,” Beaulieu said inside KeyBank Center. “Missing that much time, it’s a slow process. The good news is that things are picking up and heading in the right direction.”

For Gorges, 33, the injury he sustained Oct. 15 was tough to handle. After sitting out early as a healthy scratch, the veteran’s presence helped settle down the defense.

“You want to get in there and get a chance,” Gorges said. “I felt like things were getting better each game and progressing. Something like that happens and sets you back and takes you out of the lineup, it’s frustrating.”

Gorges said he has “no issues” and is ready to play.

Bailey, meanwhile, said he was injured in practice.

“I didn’t really think it was a big deal,” he said. “I felt good after the practice, did a lower-body workout, had no problems.”

The next morning, however, he felt his injury.