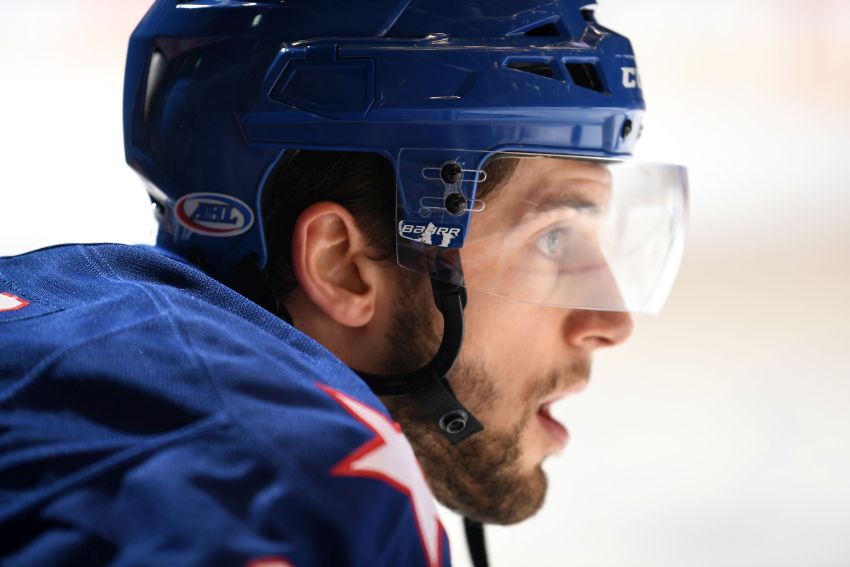 BUFFALO – The Sabres have signed winger Taylor Leier to a one-year, two-way contract worth $700,000, the team announced this morning.

Leier, 26, has spent the entire season with the Rochester Americans, scoring seven goals and eight points in 17 games.

The 5-foot-11, 180-pound Leier underwent offseason shoulder surgery following a freak training accident and did not play his first game until Dec. 11.

The Amerks signed Leier to an AHL contract in June. Had he been healthy, he almost certainly would’ve inked an NHL deal.

The Sabres have assigned Leier to the Amerks pending waivers.

Leier has compiled two goals and seven points in 55 career NHL games. The Sabres acquired him from the Philadephia Flyers last season in exchange for winger Justin Bailey.