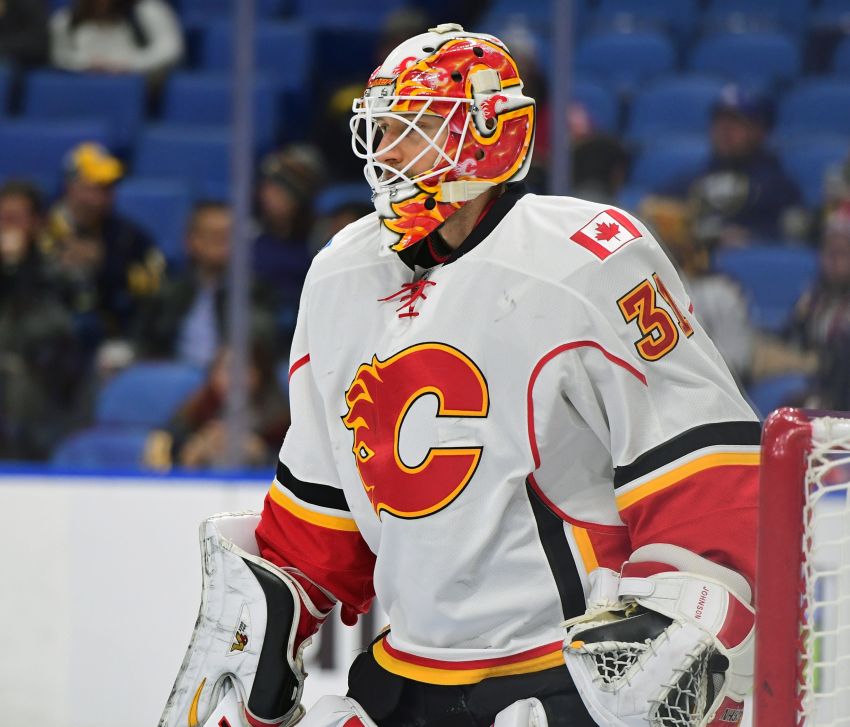 The Flames traded his rights to the Arizona Coyotes last month.

“(I want) to come back and compete with and push this team into being a playoff team,” Johnson said this afternoon on a conference call. “When I left … I always thought I had unfinished business. The year I was there, the second half, I had a really good year and wanted to continue that.”

He almost re-signed a year ago, but elected to head home.

Update: The Sabres have signed winger Benoit Pouliot to a one-year deal worth $1.15 million.

The Sabres will be the 30-year-old’s seventh NHL team. Pouliot had eight goals and 14 points in 67 games last season with the Edmonton Oilers.

The Oilers waived Pouliot on Thursday to buy out the final two seasons of his five-year, $20 million contract.

“I’m hoping to get a good look in Buffalo and a fresh start,” Pouliot said this afternoon on a conference call. “I’m going to be 31 years old. I’m not 23, 24 anymore. So I think I’m just looking for the best opportunity for me to extend my career.

“Buffalo is team that’s rebuilding everything, and it’s the same thing for me in Edmonton, the first year I signed.”

– Botterill denied an NHL Network report the Sabres made a seven-year offer to defenseman Kevin Shattenkirk.

“That’s certainly not the case,” he said. “We never put a seven-year contract on the table. We had some good conversations with the Shattenkirk camp. It was a situation where when we got (Marco) Scandella in a trade we felt we had shored up our defense. That really was not our priority.”

Update: The Sabres have signed defenseman Matt Tennyson to a two-year contract. The 27-year-old has a two-way deal next season and a one-way deal in 2018-19.

Update: The Sabres have signed forward Seth Griffith to a one-year, $650,000 contract.

The 31-year-old old Porter played 43 games for the Sabres from 2012 to 2014 and also captained Rochester. He spent the last two seasons shuttling between the Pittsburgh Penguins and Wilkes-Barre, their AHL affiliate, a team Sabres general manager Jason Botterill ran.

The 25-year-old Criscuolo, meanwhile, had 17 goals and 41 points in 76 AHL games last season with the Calder-Cup winning Grand Rapids Griffins.

Update: The Sabres have signed 6-foot, 190-pound center Jacob Josefson to a one-year, $700,000 contract, according to reports.

Defenseman Dmitry Kulikov, a colossal disappointment last season as he battled a lower-back bruise, signed a three-year deal with the Winnipeg Jets, according to TSN’s Darren Dreger.

Center Cal O’Reilly signed a two-way contract with the Minnesota Wild, according to the Minneapolis Star Tribune’s Mike Russo.