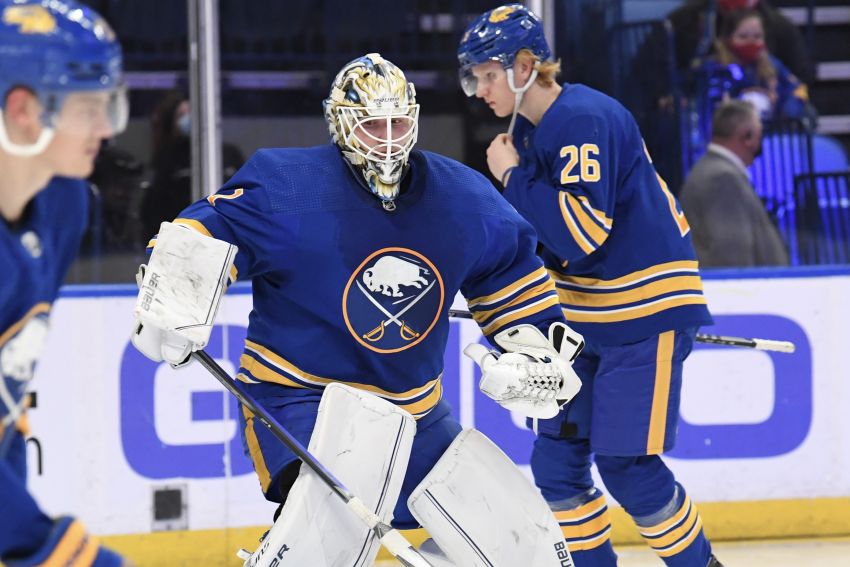 In the not-so-recent past, the Buffalo Sabres might’ve lost a game like Thursday’s 3-2 shootout win over the first-place Minnesota Wild.

The Sabres trailed 2-1 after two periods because Kirill Kaprizov scored a late, potentially deflating goal. They outshot the Wild 21-6 in the first yet ended the period down 1-0. And then there was the noisy crowd of 18,022 fans inside Xcel Energy Center. The Sabres, of course, have often fared poorly in hostile venues this season.

But the Sabres, fresh off Tuesday’s 4-2 win over the Winnipeg Jets, never got too high or low, instead plowing ahead with a laser focus. In knocking off the first-place Wild, the Sabres showcased their growing confidence and maturity.

The Sabres, who just endured a seven-game winless skid, have won consecutive outings for the first time since Oct. 25 and 28. In a three-day span, they also doubled their season win total on the road.

“It’s nice when your guys work that hard and pay attention to details and play in a building that was, it’s loud, it’s crazy in here and it didn’t affect one bit negatively at all,” Sabres coach Don Granato said on a Zoom call. “I thought the focus was great. And to get rewarded, and you don’t get rewarded for your work until the very end, I’m happy for our guys for that. They put the work in and the effort.”

Sabres goalie Ukko-Pekka Luukkonen, who started his fifth straight game, looked a bit shaky on the Wild’s goals. The rookie got a piece of Kaprizov’s shot before it trickled through his pads 19:40 into the second period. On Jon Merrill’s first-period score, he failed to glove a shot from the point.

Still, Luukkonen settled down, stopping 30 shots before the shootout.

“His body language tells it all,” he said. “He’s out again, challenging Kaprizov on the shot and a lot of times guys that are that hot in the league, shooters and scorers who are that dynamic, they’re intimidating to the defenseman, they’re intimidating to the goalie and they give them a little extra time and space. That wasn’t the case at all tonight. I thought our defensemen were great in that regard and I thought UPL was great.”

The Sabres also killed a four-minute high-sticking penalty to defenseman Rasmus Dahlin in the second period.

“Honestly, that probably won us the game,” Thompson said.

The Sabres, who snapped the Wild’s six-game home winning streak, close their three-game road trip tonight against the Pittsburgh Penguins.

“We’ve been playing good hockey and you’re not always going to get the results, so it’s a really good feeling when you do,” Thompson said. “I think it just reminds you of all the little things that you did to get the win. We’ve just got to make sure we keep doing those things and I think the results will keep following.”