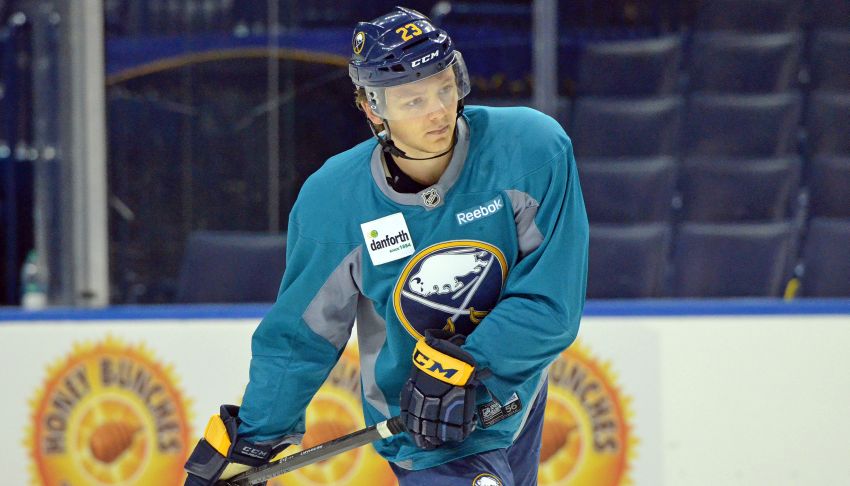 BUFFALO – Expect the Sabres’ final two games this season – Friday’s road tilt in Columbus and Saturday’s finale against Pittsburgh – to be slightly more intense than Monday’s 4-3 home win against Carolina, a drab affair.

The Blue Jackets, having won nine straight games recently, are scorching. The Penguins might need the game to make the playoffs.

“Carolina’s out, we’re out,” Sabres coach Ted Nolan said. “When you have two out, it’s tougher. But you have one team going in, you know they’re going to come at you with their best, and you better bring your best.

“One thing about Columbus right now, they’re on a roll. … Barring injuries, they would probably be in the playoffs right now.”

The Sabres will recall a defenseman from Rochester after the Americans play Lake Erie tonight, Nolan said. Andre Benoit (upper body) is injured.

Meanwhile, No. 2 pick Sam Reinhart is getting examined and meeting with team officials today at the First Niagara Center. The Sabres are expected to send the 19-year-old center to Rochester soon.

Update: The Sabres have officially sent Reinhart to the Amerks.

Reinhart’s junior team, the Kootenay Ice, reported Wednesday the move was being made. Nolan also said he believes the team’s top prospect will play with the AHL club during the last week.

One thought on “Sabres should close with intense opponents”