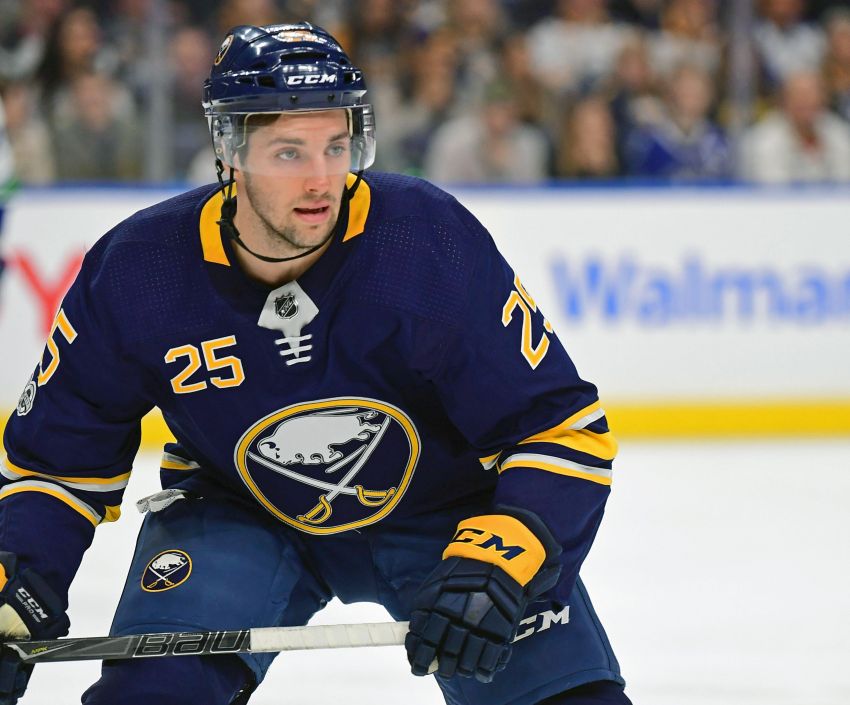 “Some games I can handle the puck the entire game it feels like,” Griffith said of the AHL. “But my goal is to do stuff like that up here.”

Griffith, a restricted free agent following the season, will return tonight against the Calgary Flames inside KeyBank Center. How can he keep earning NHL action?

“When you get back up here, you worry about making a mistake and going back down,” he said  this morning. “I think … you just got to focus on your game and be confident with the puck, especially now, everybody seems a lot looser now playing (than earlier in the season).

The Sabres just recalled forward Danny O’Regan, although he will be scratched tonight. But the newcomer will likely play soon, meaning Griffith needs to impress Housley.

One thought on “Sabres’ Seth Griffith confident after stint with Amerks”