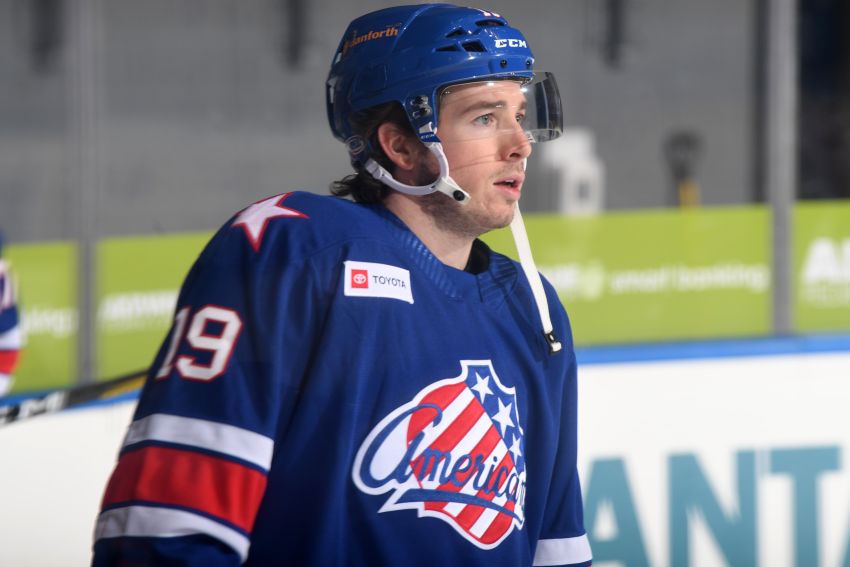 The Buffalo Sabres assigned forward C.J. Smith from the taxi squad to the Rochester Americans this afternoon and recalled goalie Dustin Tokarski to the taxi squad.

This is the third straight day Smith and Tokarski have been involved in transactions.

The Sabres likely sent Smith, 26, to the Amerks so he can play in tonight’s road game against the Cleveland Monsters. They assigned him to the AHL on Wednesday, and he recorded an assist in his season debut, a 4-3 overtime win against the Syracuse Crunch.

Smith practiced Thursday in Buffalo after the Sabres recalled him. It seems likely the Sabres, who have nine players on the NHL’s COVID-19 protocol-related absences list, will summon him again this weekend.

By recalling Tokarski, the Sabres keep the minimum four players on the taxi squad.