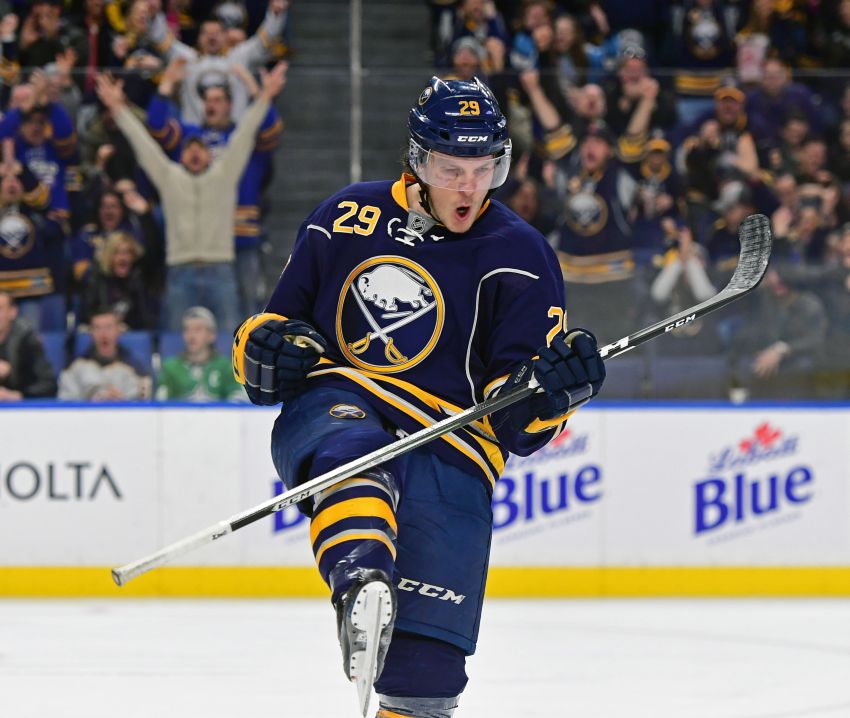 Jake McCabe has been a strong performer most of the season. ©2017, Dan Hickling, Olean Times Herald

BUFFALO – For almost six months, defenseman Jake McCabe was one of the Sabres’ steadiest players, showcasing consistency the team’s blue line sorely needed. But the Wisconsin native has morphed into a gaffe machine in the last week, committing a string of costly turnovers.

So McCabe, 23, will be a healthy scratch for the first time all season in tonight’s home finale against the Montreal Canadiens at KeyBank Center.

“He’s made a few gaffes with the puck in costly situations, costly areas and kind of gotten into a bit of a hole as a result of it and lost a little confidence with his puck play,” Sabres coach Dan Bylsma said this morning. “We’ve seen that the last couple games.”

Justin Falk will replace McCabe. The Sabres will make other lineup changes.

While goalie Robin Lehner will start, Linus Ullmark will be recalled to replace backup Anders Nilsson, who was injured in practice Tuesday. Bylsma said Nilsson won’t be sidelined for more than one game.

Bylsma also said rookie wingers William Carrier and C.J. Smith will be scratched. Nick Deslauriers and Matt Moulson will move back in.

Winger Kyle Okposo, meanwhile, will miss his fourth straight game because of the flu. His season is over, Bylsma said.

How concerned are the Sabres about Okposo’s health?

“Very concerned,” Bylsma said. “He’s been dealing with that, and it’s a difficult thing for him to be dealing with right now.”

One thought on “Sabres to scratch Jake McCabe against Canadiens”