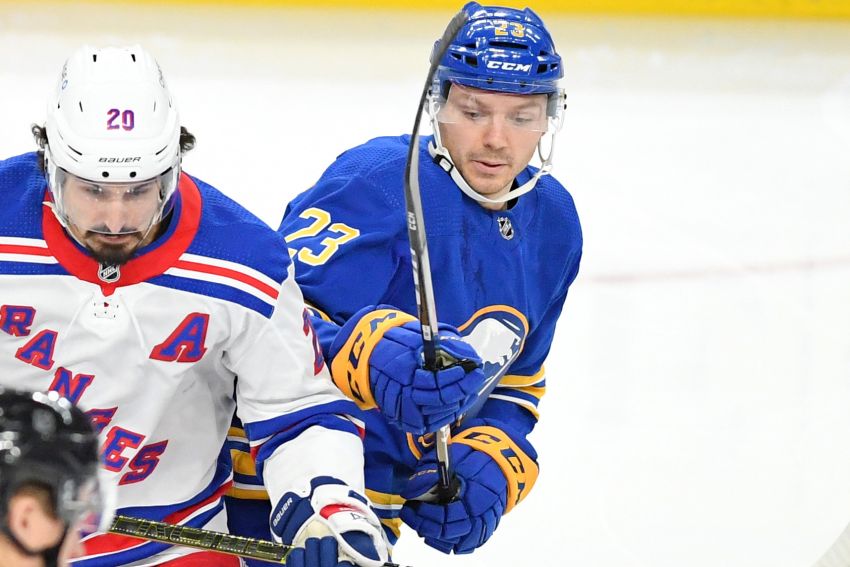 Tage Thompson subbed for Reinhart at right wing this afternoon on the top line beside center Jack Eichel and Victor Olofsson.

“Joki looks initially good,” Krueger said. “We’re testing him now, with the skate today. So that would make all the defensemen available is my first impression. But we’ll confirm that tomorrow morning, too. …

“But it looked really good today in practice. He looked fresh, and my feeling is he was pain-free there.”

Elie, 25, has spent the last two seasons in the Sabres organization, playing 16 games with Buffalo in 2018-19 before joining the Amerks. Elie has scored 16 goals and 27 points in 59 games with Rochester.

The Sabres claimed Elie off waivers from the Dallas Stars in 2018.

Welsh, 23, played six games with Banska Bystrica HC 05 in the Slovakian League earlier this season. He attended rookie camp with the Sabres in 2018.