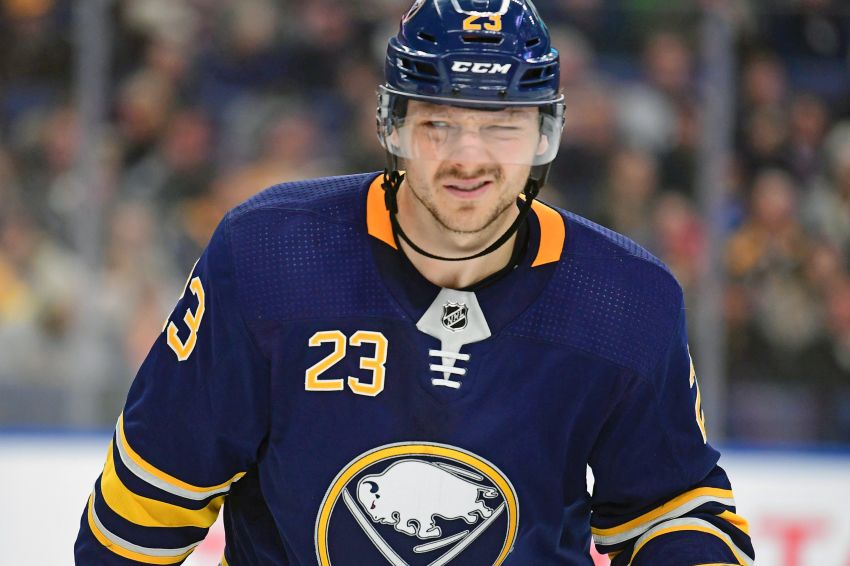 With the Sabres down one goal, Reinhart, who was demoted to the fourth line against the Boston Bruins, played just over two minutes in the third period.

Reinhart has been struggling all month, compiling just one assist during his goal drought.

So is the next next step moving Reinhart, 22, to the press box? Nope.

“When you’re not winning … we’re going to mix things up, change our lines, try to find a winning formula,” said Housley, whose last-place Sabres have lost three straight games. “Just with Sam, there’s a different expectation for him. He’s proven that he can provide points and production offensively. He’s getting an opportunity.”

Reinhart compiled 40 goals and 89 points in his first two NHL seasons. This year, however, he has mustered only five goals and 11 points in 34 games. He hasn’t scored a goal since Nov. 22.

The former second overall pick has skated up and down the lineup, playing center and right wing. Other than two brief stretches, Reinhart hasn’t produced much offense.

“It’s not easy,” Reinhart said. “I’m showing up and working as hard as I can every day, and that’s all I can do right now.”

Of course, Reinhart and Eichel showcased strong chemistry together in the past, so moving him up wasn’t shocking.

“Last night, I honestly liked my game,” Reinhart said. “I think every opportunity I get I got to take advantage. I’m ready for that.”

Housley said Reinhart, who has likely never struggled this long in his career, should consider his slump “more of a challenge.”

“He’s trying to find his game,” Housley said “I’ve really liked the last couple games. … That’s why he’s getting that opportunity. I don’t think you can focus on what has happened in the past. I think you can learn from it and move forward and try to get better from it.”

Here are the rest of today’s lines from left to right: