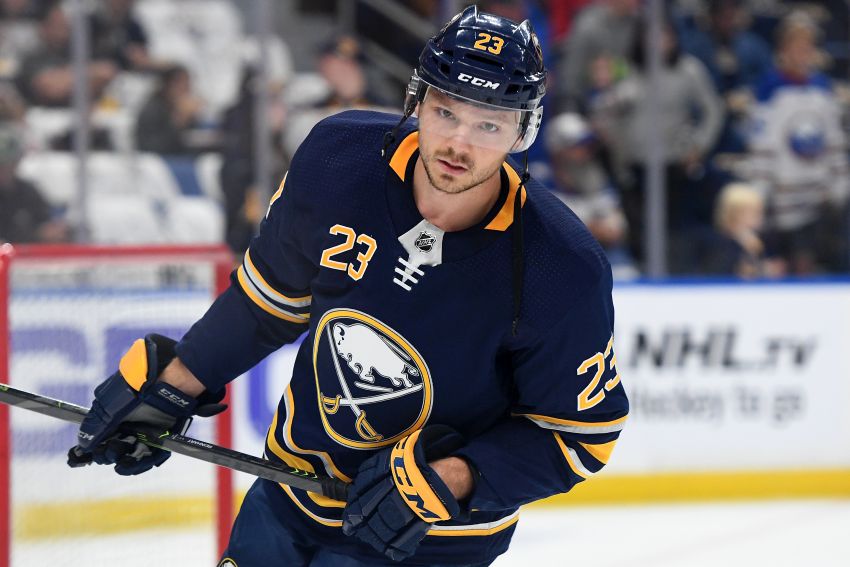 BUFFALO – Points-wise, this is the best start of Sam Reinhart’s career. In his first nine outings of a season, the Sabres winger had never hit the five-point mark.

Of course, Reinhart, 22, hasn’t exactly enjoyed a rollicking October. He has zero goals and five assists entering tonight’s tilt against the Montreal Canadiens at KeyBank Center.

Fresh off a 25-goal, 50-point campaign in which he scored 18 goals and 37 points over the final 38 games, the first few weeks of his fourth NHL season have been disappointing.

“In our last couple games when that line was put together, they’ve had some really quality offensive zone time,” Housley said this morning. “(Reinhart’s) had some really good looks, which in turn, if he keeps getting, they’re going to fall in.

Check back later for more on Reinhart and his new linemates.

In other news, Housley hinted winger Tage Thompson, who will be a healthy scratch tonight for the third straight game, could be sent to the AHL soon. Thompson, 20, has zero points in seven games.

The Sabres will scratch defenseman Nathan Beaulieu and winger Remi Elie (both healthy).