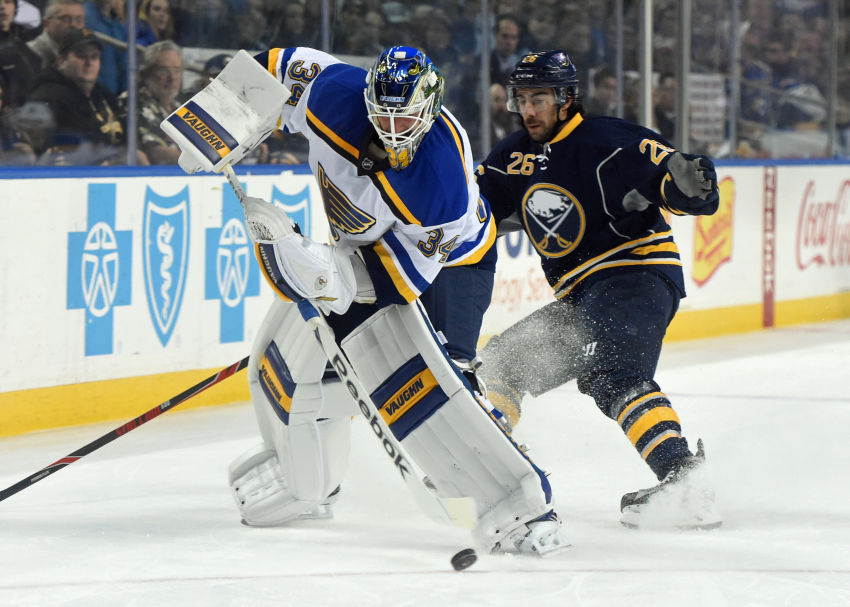 BUFFALO – Before he even says a word, Ryan O’Reilly’s face usually expresses his emotions. The Sabres center looks beaten down after losses, the missed opportunities and mistakes clearly still playing in his head.

So following the Sabres’ fifth straight defeat Monday, a 2-1 setback to the St. Louis Blues in which they blew a third-period lead, O’Reilly called out his teammates.

“We got to hate to lose more,” O’Reilly said. “I think we’re too OK with losing. It’s not good. We have to find a way to close that game out.”

Less than two weeks ago, buoyed by a three-game winning streak, the Sabres roared to their first .500 mark in more than two seasons.

Optimism abounded. How good were these guys? How far could they climb? Were the playoffs realistic?

Now, thanks to a 0-3-2 run, the Sabres have fallen into last place in the Atlantic Division, one point behind the Toronto Maple Leafs. The Sabres, while 22nd overall, are just three points from 30th place.

“We had so many chances there that we got to put them away early when we have them,” O’Reilly said. “It’s not good enough. It’s embarrassing.”

Still, against one of the NHL’s heavyweights, the Sabres performed well much of the night before the 17,563 fans inside the First Niagara Center. They hit three posts early.

Blues goalie Jake Allen said: “I like to think I give them nothing to shoot at but that. When they hit it, it doesn’t go in. That’s all that matters.”

“I thought the way our goaltender was playing one was going to be enough to win that game,” Sabres coach Dan Bylsma said.

Indeed, Sabres goalie Linus Ullmark looked sharp throughout his ninth NHL start, making 24 saves. But he couldn’t stop Troy Brouwer’s backhander in the slot 5:07 into the third period. Robby Fabbri scored the winner at 13:26, beating Ullmark in front after the puck hit Gorges in front.

“We got a lead and we don’t have that killer instinct,” O’Reilly said. “We … think it’s OK, fine, we got one. It’s on myself, too. I got to be a leader, step up and shut the door do something.”

Bylsma did something after Fabbri’s goal, using a coach’s challenge to look for an offside even though he was pretty sure the play was clean.

“I was pretty confident it wasn’t offside, just six and a half minutes left, the next goal was worth challenging,” he said.

In the final minute, the Sabres’ power play, zero of its last 11 and one of its last 17, couldn’t convert with Ullmark on the bench.

“We got to hit the net,” O’Reilly said. “At a time like that, we moved it around well, we won some battles. But we got to place it on the net with traffic.”